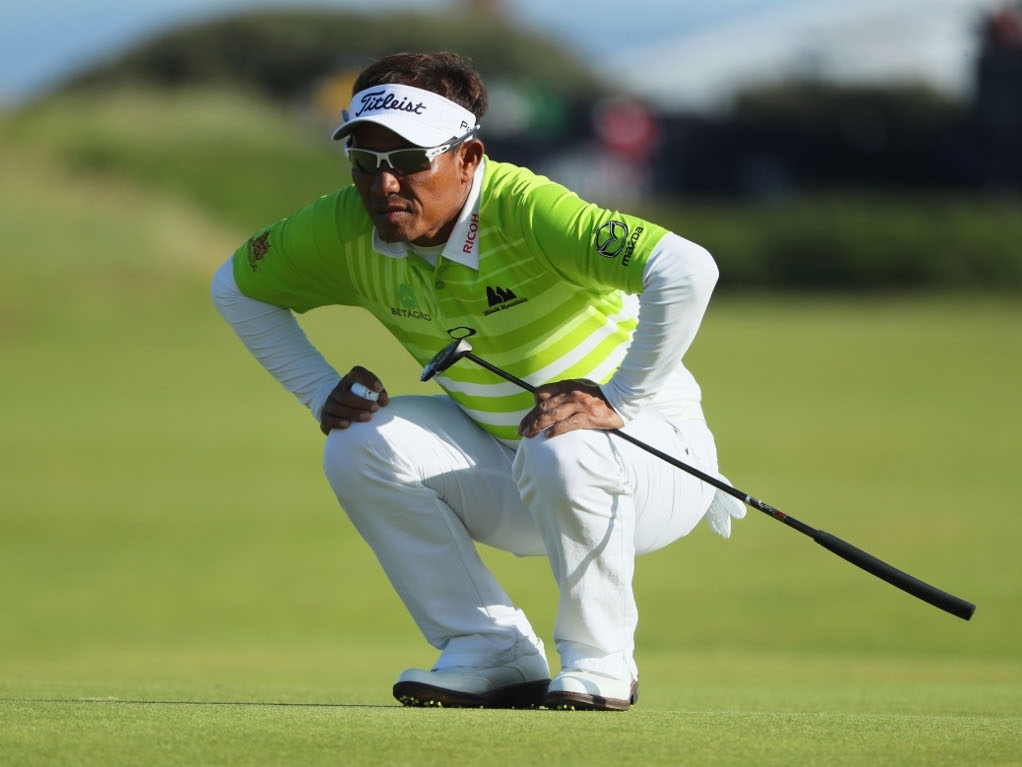 Thailand’s Thongchai Jaidee felt he “played well” after carding a level-par 71 in the first round of The Open on Thursday.

Jaidee, who made two birdies and a double bogey at the par-four 15th, was left to rue his failure to take advantage of favourable conditions on Thursday as they are expected to worsen on Friday.

“I played well except that I didn't get many birdies. Even par is a good start but I expect tomorrow to be harder,” he told The Nation.

“I tried to make it confident, trying to hit fairways and greens but the winds were switching direction. Just two bad tee shots. I think it's still a good start.

“You can see the scores on the front nine, there were a lot of under par scores. Pins were a bit harder on the back nine and you need to hit it good. It was quite calm out there. I think we'll see some low scores today.”

Fresh off victory at the French Open two weeks ago, Jaidee believes that his putting must improve if he is to put up a stronger performance.

“I missed a couple of chances on the second and third holes, hit good putts and didn't find the hole,” he said. “The greens are a bit tricky and you need to read the lines well. It's a putting challenge this week.

“You can attack the par fives on the front nine which are reachable and if you can score on those, it helps. Then you have to be careful on the back nine.”

Jaidee’s compatriot, Kiradech Aphibarnrat, struggled on Thursday and found himself in a tie for 122nd after firing a four-over-par 75, which consisted of three birdies, four bogeys, a double bogey, a triple bogey at the par-four 11th, and an eagle at the par-five fourth. Aphibarnrat has missed the cut at The Open for the last three years and he acknowledged that the trend will continue if he fails to rebound from his disappointing start.

“I was two under on the front nine and then made some big numbers, a triple and double to end up on four over. It's quite disappointing the way I played. I didn't drive it good and hit into some bad positions,” he said. “It wasn't that tough on the back nine. The wind picked up a bit but it won't compare to the afternoon session. I just didn't play good golf.

“I have to do everything better tomorrow. Need to get up and down better and try to control the ball under the wind. I'll take a rest now, clear my mind before I go out to hit some balls at the range.”