Jacquelin relieved to find some form 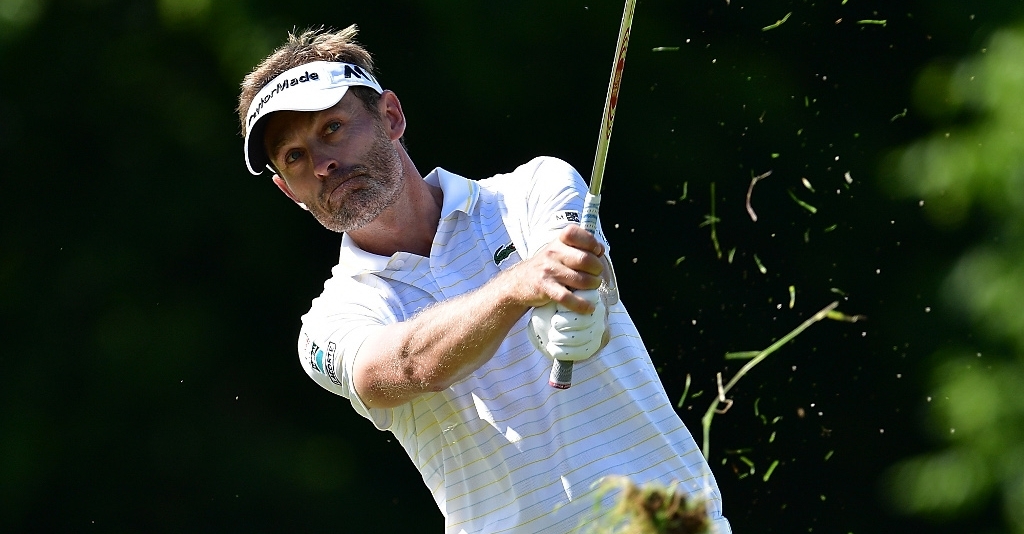 Raphael Jacquelin made a welcome return to the top of the leaderboards after a seven-under-par 65 at the BMW International Open.

The Frenchman holds a one-shot lead at Golf Club Gut Laerchenhof in Germany thanks to a bogey-free, seven-birdie opening round.

Jacquelin hasn't won on the European Tour since 2013, while a recent eighth place finish in Sweden was his first top-10 in almost a year.

“I'm very pleased of course, as you can imagine,” he said. “I played solid pretty much all day long. It was a bit tough at the end but I managed to save some good pars.

“The wind was picking up again, so it was not easy at all. I tried to stay focused on the game and the way I was hitting the ball and did pretty well and very happy for that and leading – it’s been a long time. It's a good feeling.

“It's been a long time, but it's difficult. I'm still practising hard and working hard on the game, and here we go, sometimes it pays.

“I'm just going to try to do the same the rest of the week.”

Fisher entered this week's tournament on the back 10 missed cuts in 16 starts and still searching for his first top 10 of the season.

A flawless round featuring six birdies was just what the doctor ordered.

“I’m very delighted. You've got to hit fairways and hit greens and I've done that today and played well. Anytime you go bogey-free for 18 holes is a good round," he said.

“The guys that hit the fairways and tee-to-green around here generally do pretty well. Today that's what I've done well, and a round of 66, I'm very pleased.

Chile’s Felipe Aguilar, South African Zander Lombard and Dane Thorbjorn Olesen are tied for third on five under par, two shots off the lead, while Sweden’s Henrik Stenson is part of a group a further shot back.

Spain's Sergio Garcia, fresh from his top-five finish at the US Open, had to settle for a one-under 71.