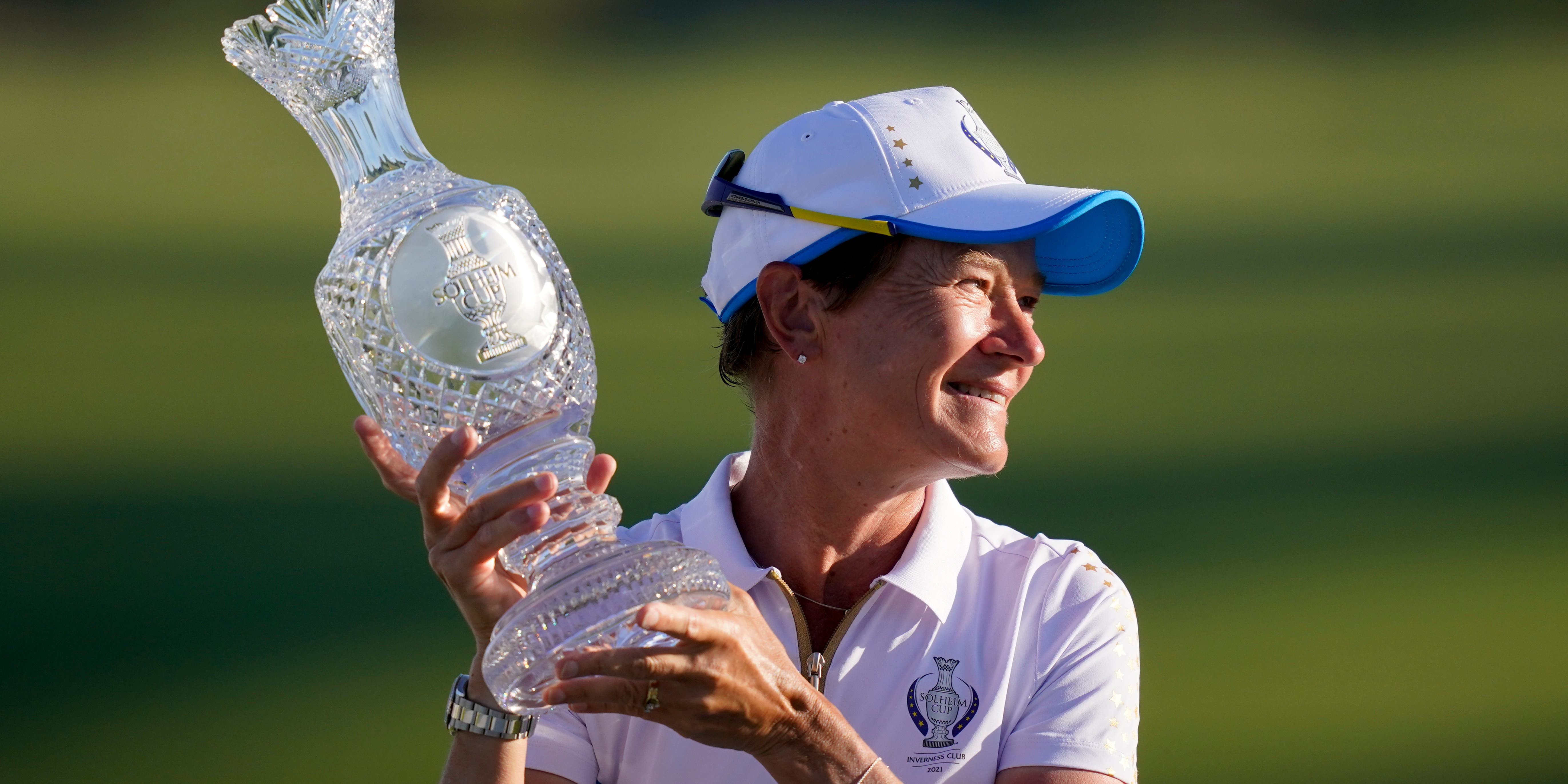 Catriona Matthew has ruled out attempting to captain Europe to a third successive Solheim Cup triumph after her side’s historic victory in Toledo.

Ireland’s Leona Maguire scored four and a half points from five matches – a record for a rookie on either team – as Europe won 15-13 at Inverness Club, just their second success on US soil in the contest’s history.

Matthew also led the team to victory at Gleneagles two years ago and is the first European captain to record back-to-back wins in the biennial event.

But asked if she would captain the side again in Spain in 2023, the 52-year-old Scot said: “Nope. We have so many good past players and I think everyone deserves their chance to be captain.

“I think to be part of the Solheim, I was lucky enough to play in nine and I’ve captained two, and I’ve had a fantastic time.

“It’s the best week I’ve had every two years, and to have been involved with it now for over 20 years, I’m sure I’ll be there watching, but it’s someone else’s turn.”

Sweden’s Anna Nordqvist, who won the AIG Women’s Open at Carnoustie to make the team, led the tributes to Matthew, who was a player and secured the winning point when Europe won in Colorado in 2013.

“I think we all look up to Catriona Matthew a lot,” Nordqvist said. “She’s been a great role model for all of us. I’ve had the opportunity to play with her on the team, which has been a huge honour. I obviously watched her growing up.

“She’s been a great Solheim Cup player. I remember watching her in 2003 in Barseback when I was outside the ropes and could only dream about making one team, and now I’ve made a few.

“But having her as a captain the last two years and seeing the way she has led the team, the way she’s brought all the girls together, hands down this is the best team I think Europe ever had.

“She did have to make a few hard decisions, leaving a few other players that have been playing good out.

“But just the calm that she has around her, the confidence she has in all the players, the way everything is thought out and how easy her and the rest of the assistant captains make it for us, it’s been an honour to play for her as a captain the last two Solheim Cups.”

Matthew felt the performance of the rookies in 2013 and this year were what made the difference, with Nanna Koerstz Madsen returning one and a half points and Finland’s Matilda Castren claiming three to add to Maguire’s incredible haul.

Castren and Maguire were the first players from their country to play in the Solheim Cup and Maguire said: “It’s been an incredible week.

“It’s a dream come true to be here to go and win a Solheim Cup on American soil, you can’t even imagine. We had a phenomenal team this week from top to bottom and this is an experience I will probably never forget.

“Never in my wildest dreams did I think the week was going to go this way. It’s been an honour to represent Europe and the trust that Beany (Matthew) and all the (vice-)captains had in me was incredible.

“It’s given me a massive confidence boost and I wouldn’t have been able to do it without them.”