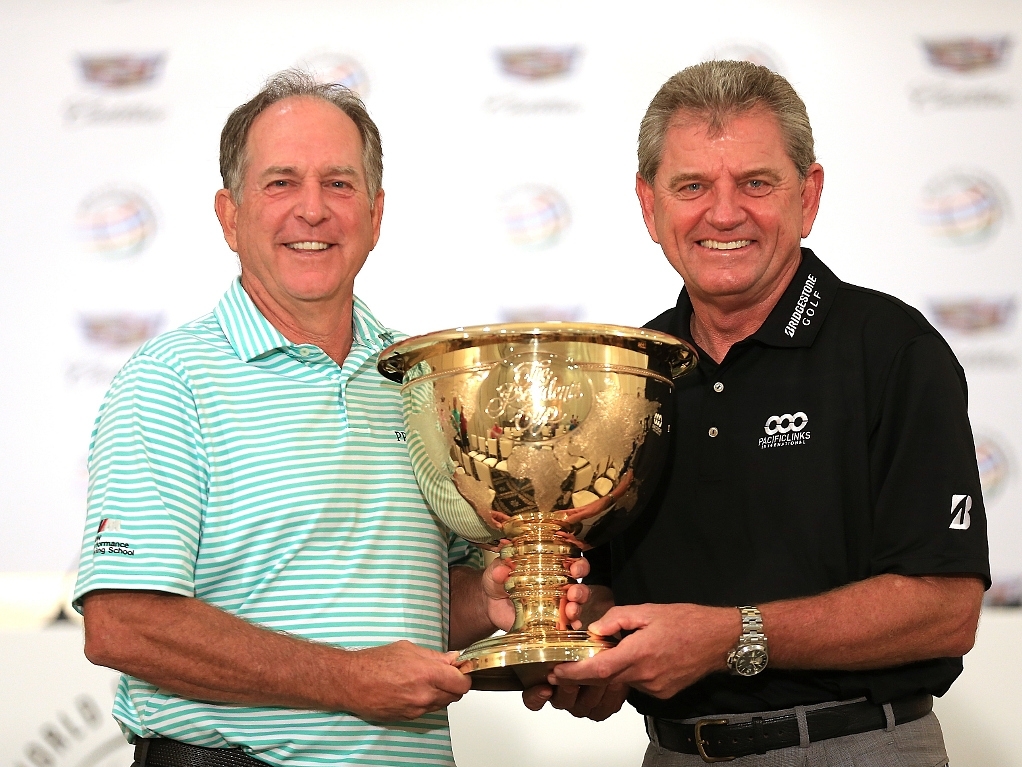 The Internationals pairing of Danny Lee and Marc Leishman will take on Jordan Spieth and Dustin Johnson in the opening foursomes when the President's Cup tees off on Thursday.

The bilennial tournament, which sees an American team compete against a team from the rest of the world excluding Europe, continues on Friday and Saturday with foursomes and four-balls, while Sunday will feature the 12 singles matches.

The Presidents Cup was first staged in 1994 and the American team has dominated throughout, winning eight times and drawing once. The Internationals' only win came in 1998 in Melbourne.

The pairings are decided by the respective captains – Jay Haas and Nick Price – and the duo of Spieth and Johnson was the one that excited the press contingent the most.

Spieth featured in the 2013 event as a captain's pick, but has since emerged as the true star on the PGA Tour. He won two majors and three other tournaments in the US as he reached the summit of the world rankings at the end of the year.

After taking a brief hiatus from golf in 2014, Johnson had a stellar year on the US tour as well, finishing in the top ten in three of the majors including a near miss to Spieth at the U.S. Open.

"Jordan and Dustin, they have been wanting this for a while, wanting this pairing. And what Jordan wants, Jordan gets right now," Haas said of his decision to pair the world number one with one of the biggest hitters on the PGA Tour.

"Patrick loves the match-play aspect of it and certainly wants Jordan at some time during the course of the matches. But again, we wanted to get Jordan what he wanted here early on and maybe that can happen down the road."

For the Internationals to start the event on a winning note, Lee and Leishman will have to play out of their proverbial skins.

Lee is currently ranked 36th in the world and has only made the cut a major once before, at the PGA Championship this year. Leishman, ranked one spot below the Korean-born Kiwi, finished as the runner-up to Zach Johnson at the Open Championship but hasn't tasted success on the PGA Tour since his victory at the 2012 Travelers Championship.

"It's going to be fun. We played quite a bunch during this year," Lee said of the prospect of playing against Spieth.

"But it's a team game, not a single game this week. I'm going to do my best to help the team."

The order if of play for Thursday's Presidents Cup first round foursome matches at the Jack Nicklaus Golf Club:

Not playing round one foursomes: