Internationals back in the running 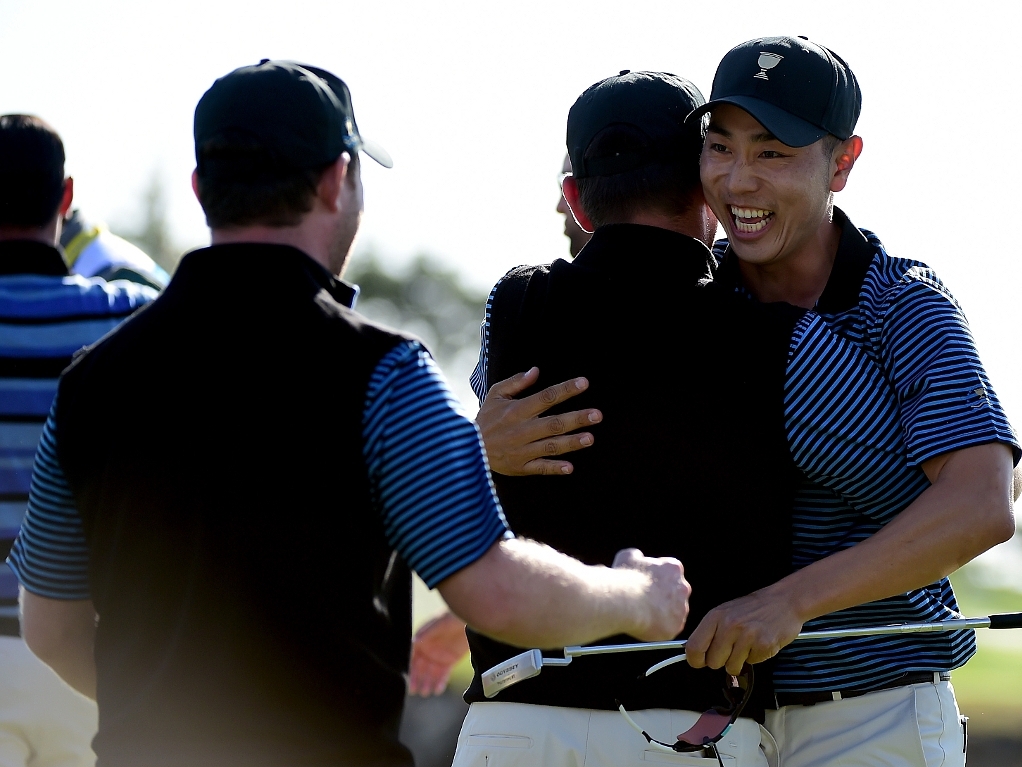 The International Team have surged back into contention for the President’s Cup title after winning 3.5 of the five points available in Friday’s four-ball session.

Nick Price’s side was trailing 4-1 at the start of the session after the USA dominated Thursday’s foursomes matches.

However, they managed to rally and have now taken the overall score to 5.5-4.5 to rescue their hopes of winning the title for the first time in six attempts.

Louis Oosthuizen and Branden Grace, the only International pair to win on Thursday, got the day off to a positive start when they won 4&3 against respective world number one and number eight Jordan Spieth and Dustin Johnson.

The victories continued when Danny Lee and Sangmoon Bae won 1-up against Rickie Fowler and Jimmy Walker before the USA managed to stop the rot in the next two match-ups.

Although the comeback would be proved meaningless in the session when Thongchai Jaidee and Charl Schwartzel won 2-up against Bill Haas and Chris Kirk, it could play a major role in the overall result of the tournament.