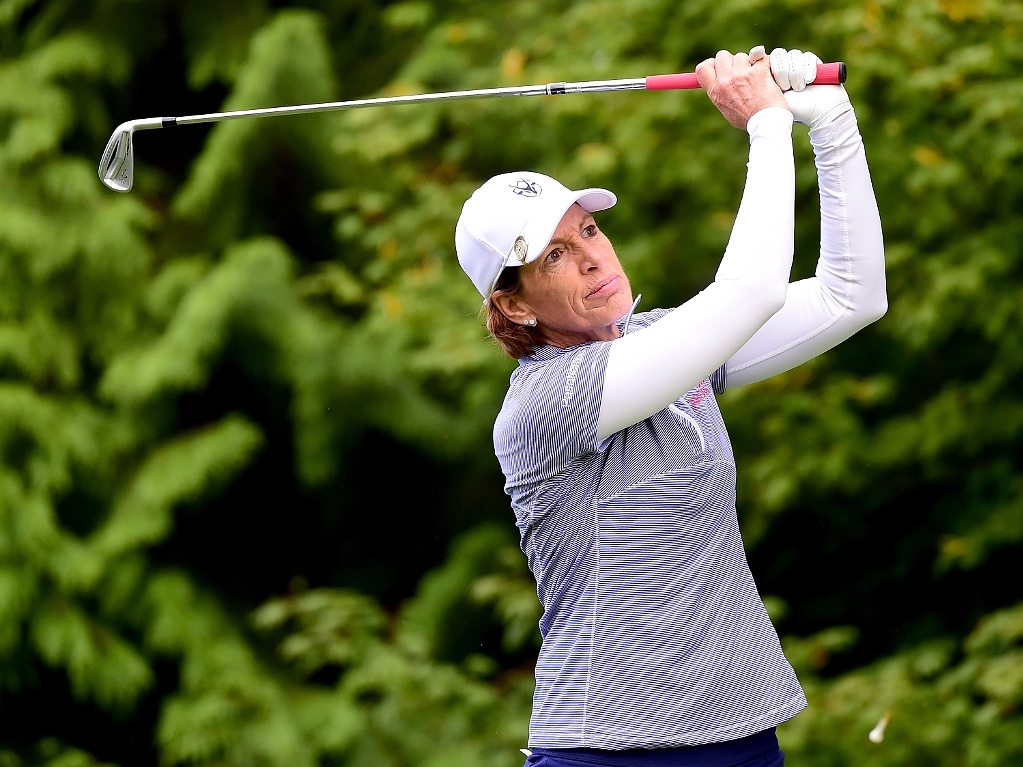 According to two of the team’s players, Inkster believes that the displays of patriotism at previous tournaments have caused the team to lose focus and lose their matches as a result.

“I think it's a lot of excess energy that's used on ‘Where do I put this tattoo?’ or ‘Does this ribbon match this outfit?’"

"None of that. We go out and handle our business and play the best golf that we can. I think its working.”

The USA have won eight of the 13 tournaments played since the biennial event was launched in 1990, but have been second best in the last two instalments.

In 2011, Europe snatched a narrow 15-13 win in Ireland and then retained the title two years later when they thrashed the USA 18-10 in Colorado to win on US soil for the first time ever.

“We're not here to pump up the crowds and do all that.  We're here to win this thing. It's more business-like,” she said.

“I think everybody's grown up. Hopefully, everybody is past all the tattoos and the face paint and all that.

“Paula (Creamer) is still wearing her hair ribbons and all that, but it's just growing up a little bit and knowing that you don't need to go crazy and get the crowd going all the time. We've come here with a mission. That's basically what it is.”

The Solheim Cup will take place from September 18 to September 20 at the St Leon course of Golf Club St Leon-Rot in Baden-Württemberg, Germany.