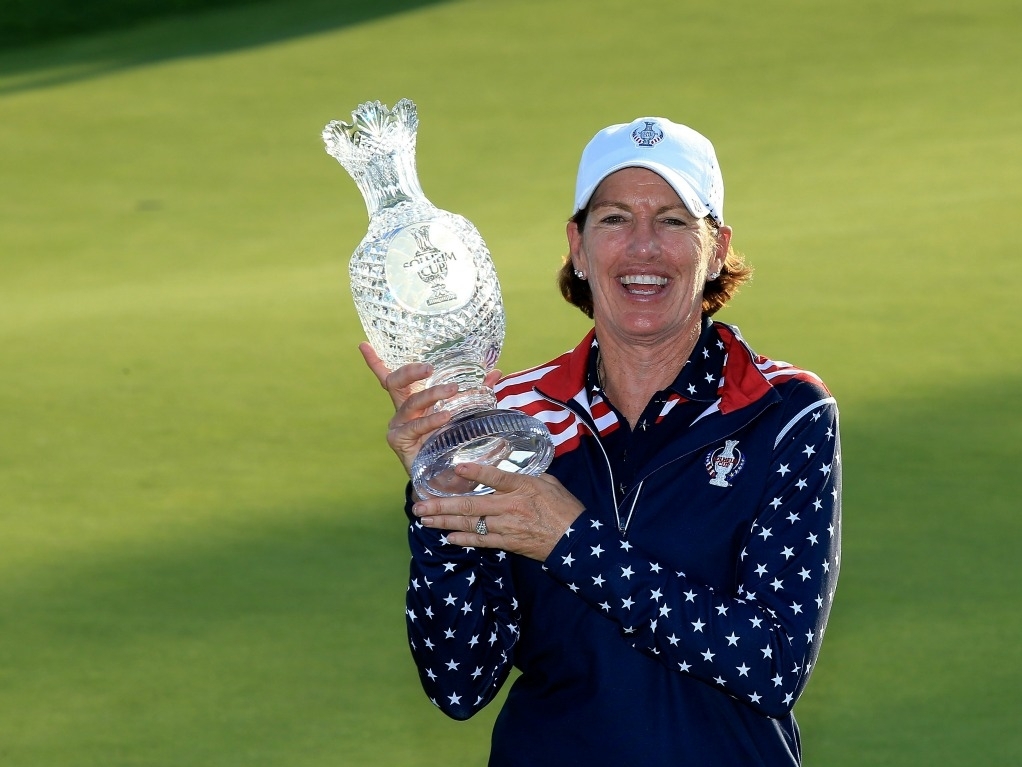 Juli Inkster will captain the USA Solheim Cup team for the second time in 2017 after leading the side to a record-breaking victory over Europe at this year's event.

USA trailed 10-6 on the final day of the event in September, before staging the biggest comeback in Solheim Cup history to triumph 14.5-13.5 in Germany.

And Inkster – who has played in nine Solheim Cups – will become only the fourth person to captain the Americans twice at the Des Moines Golf and Country Club in Iowa.

"I have had a lot of exciting and memorable highlights during my time on tour but leading that team of 12 women was one of the biggest thrills of my entire golf career," she said.

"So the answer was easy and I wanted to have this announced as soon as I could because keeping a secret isn't one of my strengths.

"I'm thrilled by the challenge of defending the Cup on home soil next summer and can't wait to put on a show in Des Moines.

"Our team's performance in Germany was so inspiring for all of us and was a prime example of the current state of American women's golf."

Inkster, 55, is a member of the Hall of Fame having won 31 LPGA titles, including a career Grand Slam.