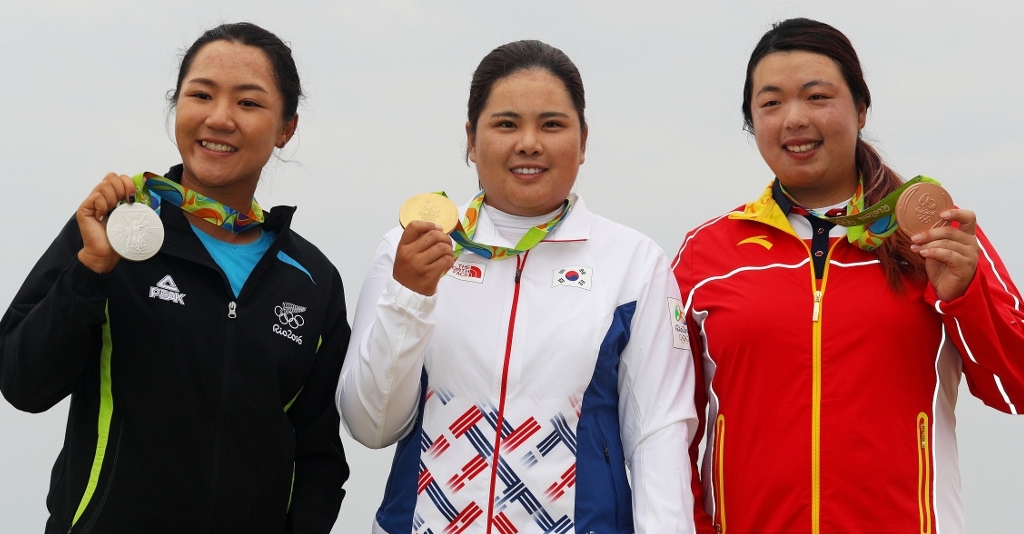 Inbee Park was back to her brilliant best as she soared to a five-stroke victory in the women's Olympic golf competition in Rio.

The seven-time major champion from South Korea closed with a superb round of five-under-par 67 to finish with a 16-under-par 268 total and claim the first women's golf gold medal at the Olympics in 116 years.

World No 1 Lydia Ko started the day two strokes back and would have had high hopes of playing herself into the frame for a gold medal, but she never really looked like halting Park's charge.

In fact, the New Zealander was in danger of missing out on any silverware after finding herself over par for her round through 11 holes, but three birdies in the closing stretch saw her salvage a two-under-par 69 and finish in the silver medal position on 11 under.

A shot further back was China's Shanshan Feng, who also closed with a 69 to secure the bronze.

The day thoroughly belonged to Park, however, who more or less sealed her victory after a barnstorming outward nine of four-under-par 31.

She birdied the third, fourth and fifth holes before adding another on the eighth for good measure to open up a sizable lead over Ko, who failed to get anything going early, and her fellow challengers.

Park made her first bogey of the day immediately after the turn at the par-five 10th, but she would get the shot back three holes later.

Another bogey followed at 14, but two more birdies on the way home snuffed out any hope that any late drama might affect the outcome.

For Ko, there was the consolation of a superb finish to secure the silver ahead of Feng.

Just missing out on a medal, one shot behind Feng, were American Stacy Lewis, who shot a closing 66, Japan's Harukyo Nomura and South Korea's Yang Hee Young.