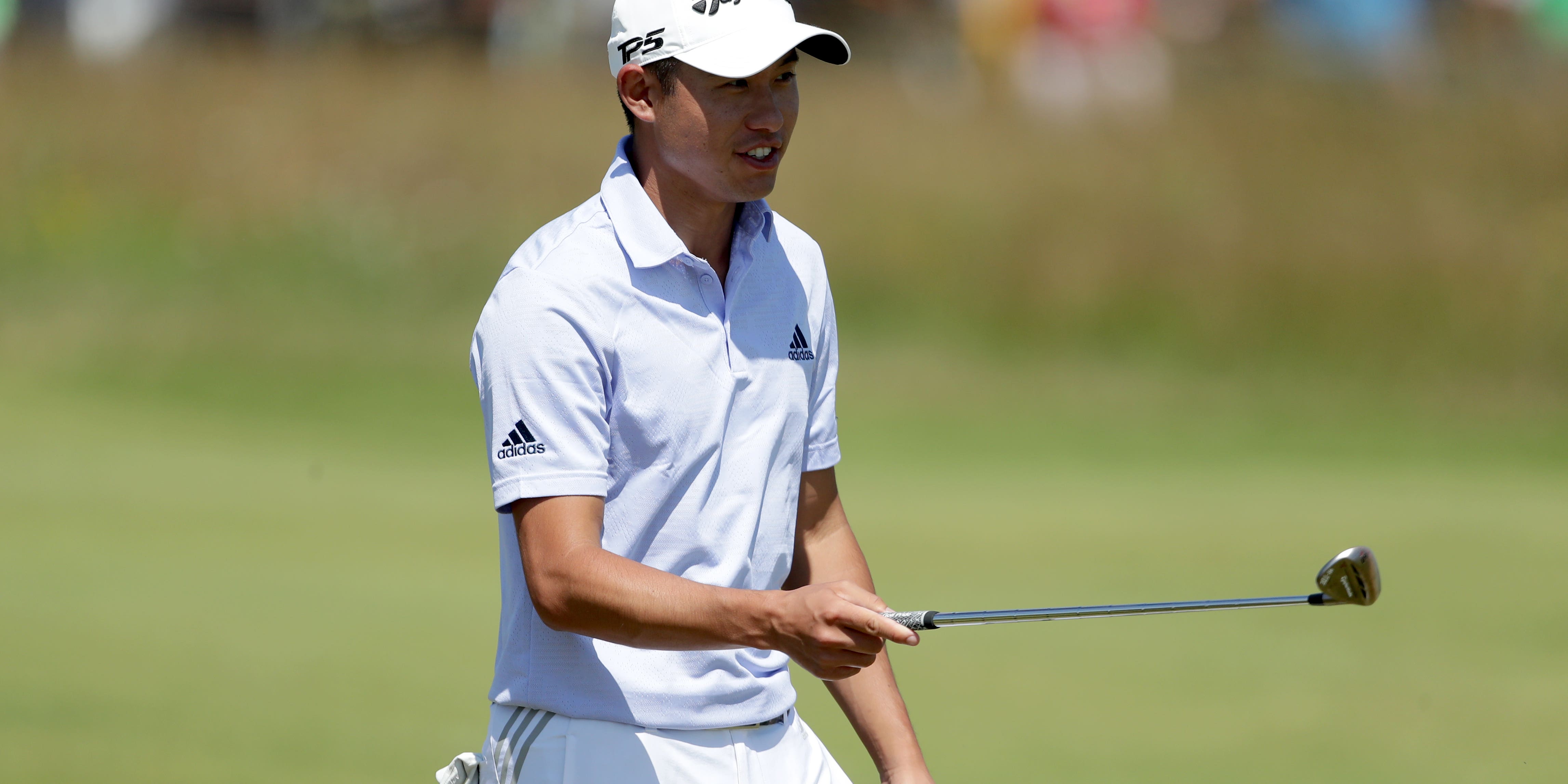 American Collin Morikawa was blissfully unaware of his chance to make history as he set the clubhouse target on day two of the 149th Open.

Morikawa birdied half of his first 14 holes in benign conditions at Royal St George’s and needed to play the remaining four in two under on the par-70 layout to card the lowest round in any men’s major.

However, the 2020 US PGA champion bogeyed the 15th and missed good birdie chances on the 16th and 18th to return a 64, a shot outside the course record and two adrift of the major mark set by Branden Grace at Royal Birkdale in 2017.

Morikawa’s halfway total of 131 was also a shot outside the Open record, but at nine under par the 24-year-old enjoyed a three-stroke lead over Dani van Tonder, Marcel Siem and Emiliano Grillo.

“I had no clue what any record was. I don’t know any of those numbers,” Morikawa said. “I’m awful with that stuff. Now I do know.

“I was just trying to make a lot of birdies. The bogey on 15 was a little unfortunate. I hit a good second shot out of the rough, put myself in a good position, just didn’t have enough speed (on the par putt).”

Morikawa could only finish in a tie for 71st in last week’s Scottish Open but credited the experience – and changing three of his irons to cope with the links turf – for his performance at Royal St George’s, where Ben Curtis was the last debutant to win the Open in 2003.

The biggest difference is that Curtis was 396th in the world at the time, while Morikawa is ranked fourth and already a major champion following his victory at Harding Park last August.

“Last week I wanted to win but I came out of it learning a lot more,” Morikawa said. “The style of golf is different and last week helped tremendously.

“I would not be here if I had not played last week. Just having fescue fairways where the ball sits differently was huge to see. I changed some of my irons strictly because I could not find the centre of the clubface.”

While Morikawa was speaking to the media about his round, Argentina’s Emiliano Grillo matched his 64 and came agonisingly close to equalling the course record.

Five under par for his round following an eighth birdie of the day on the 17th, Grillo almost holed his approach to the last for an eagle before tapping in for birdie.

Siem reached a career-high of 48th in the world in 2013 and is a four-time winner on the European Tour, but lost his card in 2019, shortly after being penalised 10 shots in the French Open.

The 41-year-old German incorrectly believed preferred lies were in play and lifted, cleaned and replaced his ball five times on the fairway in his first round before discovering his error and walking off at the turn.

Siem, who celebrated his birthday on Thursday, secured a place in the Open by winning a Challenge Tour event at the weekend, but considered not playing in order to focus on gaining his card via the second-tier circuit.

“I wasn’t sure about where I’d be on the Challenge Tour rankings if I won in France,” Siem said after a second consecutive 67. “I had to get the job done before making a decision about playing in The Open.

“Then I saw I was third on the rankings but I was still thinking ‘Am I ready for the big stage?’ I want to get my card back first and foremost. I tried to stay calm.

“I heard that 10 per cent of the Open prize money goes towards the Challenge Tour rankings so then it was a no-brainer to come here. It’s the best event in the world. I’m glad I’m here now. I’ve made the right decision.”