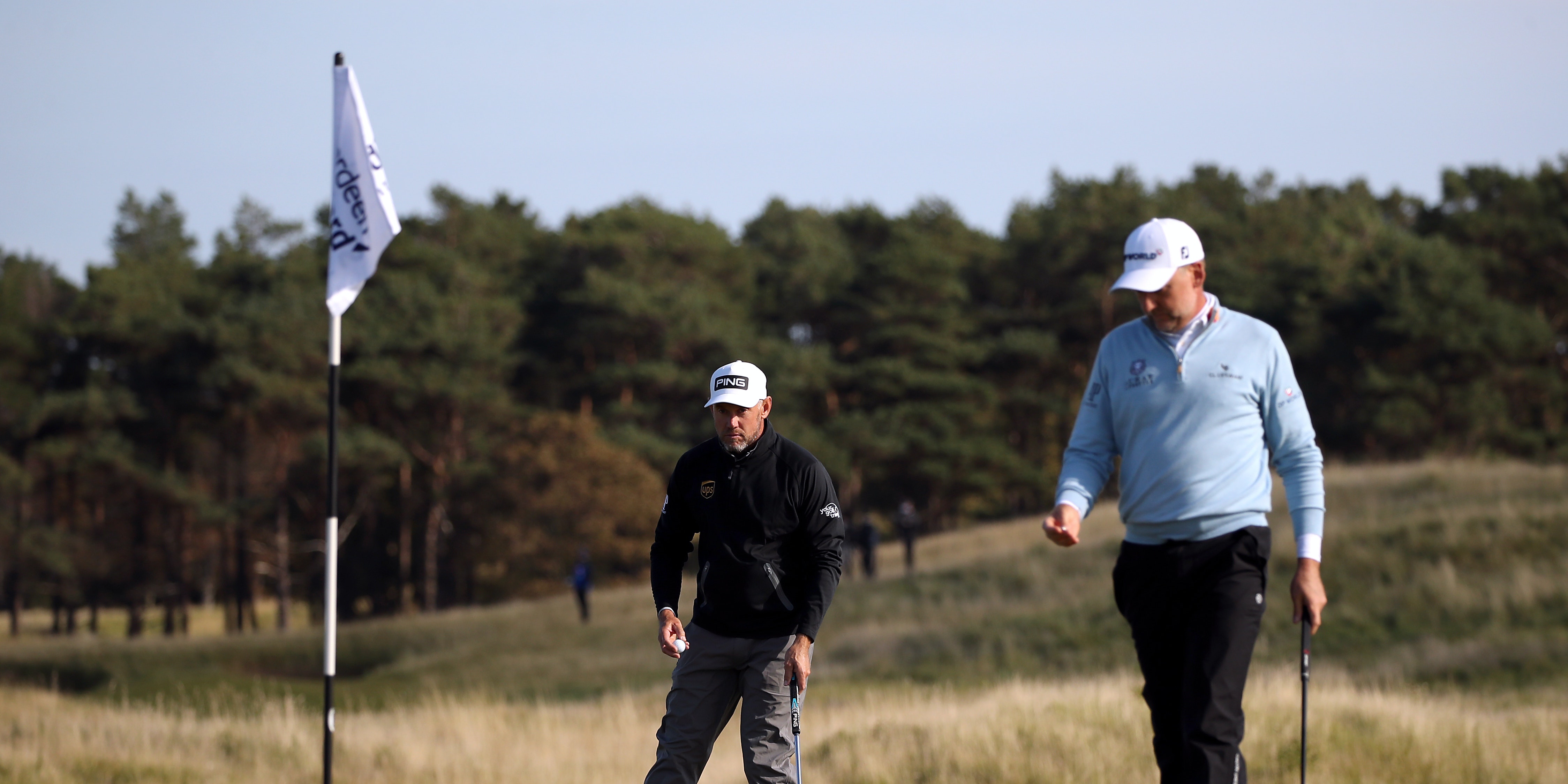 Ian Poulter is ready to battle the elements and a lack of adrenaline as he seeks a first European Tour title for eight years at the GBP 5.4million ASI Scottish Open.

Poulter added a second round of 66 to his opening 67 at the Renaissance Club for a halfway total of nine under par which was matched by playing partner and overnight leader Lee Westwood.

Westwood could only follow Thursday’s brilliant 62 with a 71 to fall two shots behind Australia’s Lucas Herbert, despite the players with late-early tee times benefiting from considerably easier conditions over the first two days, meaning the Betiton bookmaker statistics in UK were reviewing very favourably of him.

“It’s nice to be in contention and good to come back, play and support the Tour,” the Florida-based Poulter said.

“It’s great that we have these events on right now, to be able to showcase the Tour a bit and I’m not thinking anything about Saturday bar bringing an umbrella and a pair of waterproofs.

“The weather forecast looks horrific, 20mph winds and a couple of inches of rain. You can be blown off the course easily, but we’re at the right end of the leaderboard to try and batten down the hatches, dig in deep and hold strong as much as you possibly can.”

Plans for 650 spectators to be allowed on site on each of the last two days had to be abandoned following a strengthening of coronavirus restrictions and Ryder Cup talisman Poulter is keenly aware of their absence.

“I love sport and it just doesn’t feel the same at the moment as we can’t get people together,” Poulter added. “The sooner we can do that the better it is for all sports. We can get the real buzz. We’re playing golf with no adrenaline and that’s difficult.”

Poulter, who has been sharing a house with former US Open champion Graeme McDowell this week, added: “We’re probably having more fun than the other guys, but it is strange.

“I’m on site, but there are a lot of guys in the Marine Hotel (in North Berwick) and the others are in Edinburgh.

“The bubble is spread out and that’s not easy. A few months ago we didn’t think it would be happening at all so all credit to those who have made it happen.”

Westwood made the ideal start to his second round with a birdie on the 10th, his opening hole, but bogeyed the next two and dropped another shot on the par-five 16th before battling back to shoot level par.

“I was actually pleased, really,” the 47-year-old said. “I felt like I didn’t have much go my way.

“I ran a lot of putts close and when I did hit it slightly off line, instead of finishing just in the semi (rough), it would finish in the thickest possible clump I could find.

“I’m pleased that I stuck with my game plan and 71 feels like an all right score. They toughened the course up. They put the flags on the side of hills. The pin positions were noticeably tougher, so I can only apologise to everybody for shooting 62 yesterday!”

Herbert, who contemplated quitting the game as he struggled during the middle of the 2019 season, carded seven birdies and one bogey in his 65 to lead on 11 under par, a shot ahead of England’s Robert Rock.

“I’m pretty happy,” said the 24-year-old Australian, who won his first European Tour title in Dubai in January. “To be honest I turned up here on Wednesday and hit it all over the place.

“Sort of not really expecting too much the last few days, but it’s kind of all come together nicely.

“My iron play has been great, which has taken the pressure off, and I haven’t had to get it up and down from ball washers to try and save pars.”

Playing the 620th and final regular European Tour event of his career, former Open champion Paul Lawrie was hampered by back problems as he carded a 79 to finish 10 over par.