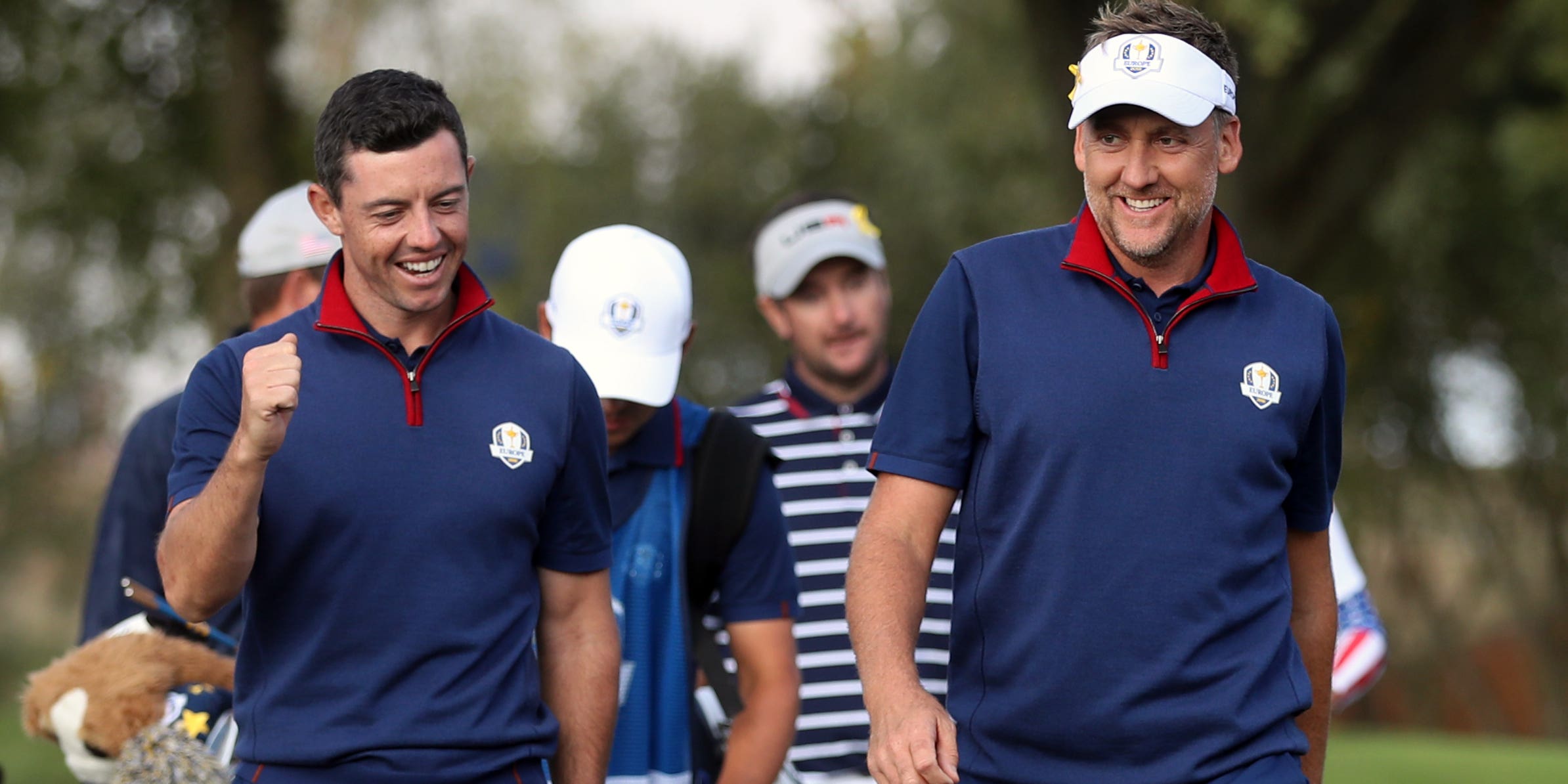 Ian Poulter insists his commitment to the Ryder Cup cannot be questioned after Rory McIlroy claimed he felt betrayed by team-mates who have defected to LIV Golf.

McIlroy was this week critical of former European colleagues such as Poulter, Lee Westwood, Graeme McDowell and Sergio Garcia for potentially jeopardising their future in the biennial competition through their decisions to join the Saudi-backed tour.

But Poulter, who has paired with McIlroy six times at the Ryder Cup, expressed surprise when asked about the comments, insisting he can still play for Team Europe.

“A betrayal? We can still qualify for the team as far as I’m aware,” he told a press conference in Florida.

“Unless we’ve been told we can’t qualify, then I’m still ready to play as much as I possibly can and try and make that team.

“I mean, look, my commitment to the Ryder Cup I think goes before me. I don’t think that should ever come in question.

“I’ve always wanted to play Ryder Cups and have played with as much passion as anyone else that I’ve ever seen play a Ryder Cup.

“I don’t know where that comment has come from really, to be honest.”

The inaugural LIV season concludes this weekend at the Trump National club near Miami, with a team championship featuring 50million US dollars (GBP 43m) in prize money.

The breakaway series has been a constant source of controversy, with Northern Irishman McIlroy expressing fears of an “irreparable” split in golf.

But six-time major winner Phil Mickelson said LIV is a “force in the game that is not going away”.

The American said: “If I’m just looking at LIV Golf and where we are today to where we were six, seven months ago and people are saying this is dead in the water.

“We’re past that, and here we are today, a force in the game that’s not going away.

“It’s pretty remarkable how far LIV Golf has come in the last six, seven months. I don’t think anybody can disagree with that.”