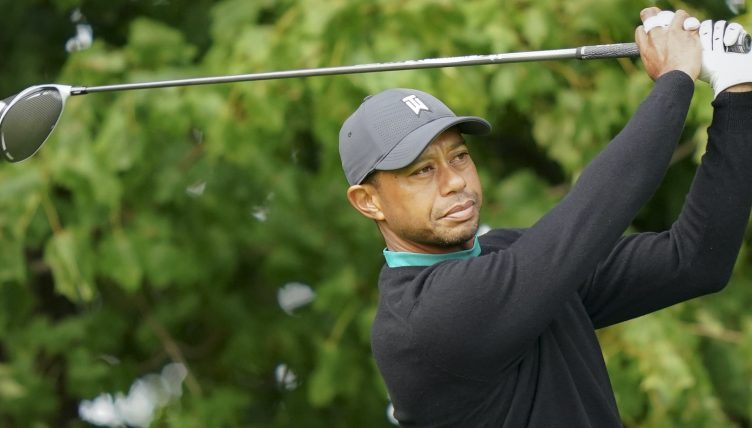 Tiger Woods has revealed that he had not fully grieved for his father when he missed the cut in the 2006 US Open.

Following the death of his father Earl on May 3 that year, Woods returned to competitive action at Winged Foot following a nine-week lay-off and, perhaps unsurprisingly, shot 12 over par to miss the cut for the first time in 38 majors as a professional.

At the time Woods refused to use the death of his father as an excuse, but the 15-time major winner conceded he had not been fully prepared for the tournament ahead of its return to Winged Foot this week.

“When I didn’t win the Masters that year, that was really tough to take because that was the last event my dad was ever going to watch me play,” Woods said in his pre-event press conference.

“But after that I was able to do some practising, did some pretty good grieving after this championship, played well at the Western (Open) and then went on to really play well at the British.

“I think it was just…I was not prepared to play and still dealing with the death of my dad.”

A dominant victory in the Open Championship at Royal Liverpool was the first of an incredible five straight wins for Woods, who won nine times in total in 2006 and recorded four other top-three finishes.

The 44-year-old’s form in 2020 is a different story, however, a tie for 37th in last month’s US PGA Championship his best result in four events since the PGA Tour returned following the coronavirus shutdown.

“This year I really haven’t putted as well as I wanted to and the times I did make a few swing mistakes, I missed it in the wrong spots,” Woods added.

“I’ve compounded mistakes here and there that ended up not making me able to make pars or a birdie run, and consequently I haven’t put myself in contention to win events.”

Australia’s Geoff Ogilvy won the 2006 US Open with a score of five over par and Woods is expecting a similarly tough test this week on a course he rates in the top three for difficulty alongside Oakmont and Carnoustie.

“I think those three golf courses, they can host major championships without ever doing anything to them,” Woods said.

“The winning scores here have never traditionally been very low. I don’t see that changing this week. The golf course is going to be hard. It depends on how difficult they want to set up these pins, give us a chance at it. But with the forecast, it’s going to be difficult no matter what.”

Woods will partner Justin Thomas and US PGA champion Collin Morikawa for the first two rounds, while Gary Woodland begins the defence of his title alongside Open champion Shane Lowry and US Amateur champion Andy Ogletree.

“It feels great to be the defending champ and it was nice to have that trophy a little longer than normal with the US Open being postponed,” said Woodland, who held off Brooks Koepka to win at Pebble Beach last year.

“Without fans the last couple of months, it’s tough sometimes to get energy and get things moving.

“Coming back here being defending champ, I have a lot of energy, a lot of good emotion, I think, that I’ve kind of struggled with the last couple of months. I’m excited to be back here.”