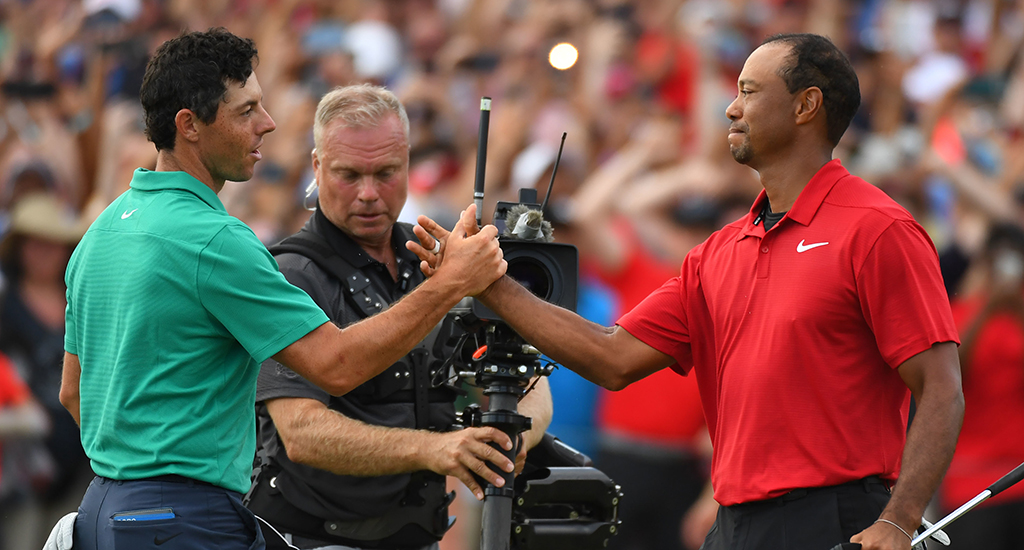 The countdown to the most eagerly anticipated skins game of 2019 is well underway and the latest video to promote the event featuring Tiger Woods, Rory McIlroy, Jason Day and Hideki Matsuyama does not disappoint.

With Tiger, Rory and Jason put through their paces in a Japanese class led by their rival Hideki, the local hero has some fun and he leads his students astray with some unfortunate translations.

The four golfing giants are certainly giving everything to ensure an event named ‘The Challenge’ is a big success, with Woods eager to end his year on a high as he makes his first appearance in Japan since 2006.

“After discussing The Challenge with Discovery and GOLFTV, I wanted to be a part of it,” said the reigning The Masters champion. “I haven’t been back to Japan since 2006 and the golf fans there are some of the best in the world. It’s a unique format and a top field with Rory, Jason and Hideki. I can’t wait to play against them on a global stage.

“I haven’t played a skins format in quite some time, so it will be fun to try something a little different and add a few strategic elements as we compete. There has already been some friendly banter between us and that will continue until we get to the first tee.”

McIlroy and Woods have always shared a warm relationship and the Northern Irishman is eager to embrace the event.

“There are so many fun elements to The Challenge that will have me wanting to take home that title,” says McIlroy.

“Playing with Hideki on his home turf and Tiger coming back to Japan with a Green Jacket, so the motivation is certainly there for me, and I’m a huge fan of the skins format.

“I love the way it rewards attacking play and think it suits my game quite well. Any time I can go directly at pins to try and make birdies and eagles, I think it puts me at an advantage.

“The other fun thing about skins is how you find yourself rooting for the other guys if you’re not in a position to win the hole.

“You’re hoping they can tie with someone else so you can play for that skin on the next hole. With the skins format, you’re always in it until the end.”

GOLFTV is hosting an exciting exhibition event that brings together four of the world’s most iconic players to compete in front of a global audience, live from Japan on October 21st. CLICK HERE for access to the event.