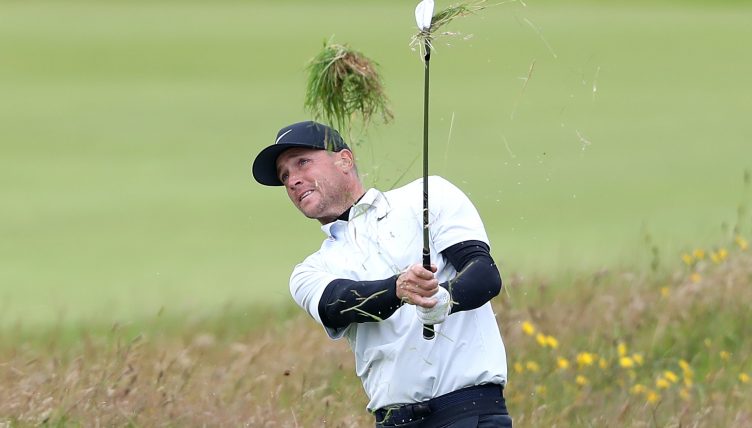 Sweden’s Alex Noren defied a “tricked up” Winged Foot to make a significant move up the leaderboard on day three of the 120th US Open.

Noren only made the halfway cut on the mark of six over par, but carded four birdies and a solitary bogey in a superb third round of 67.

“Starting out it felt like it was going to be the toughest day ever on a golf course, with pretty strong winds on the first like six, seven holes,” said Noren, a member of Europe’s victorious Ryder Cup side in 2018.

“Then it got a little bit easier, but the pins are still tricked up. I putted my life out. And you hit some shots out here, you think it’s like a decent shot, and then you just make it into the rough and all of a sudden the hole feels impossible.

“Normally, you hit decent drives or decent shots off the tee or into the greens and you get away with them. Here you don’t get away with anything.

“Yesterday I was (a) very angry man on the golf course and my goal today was to putt better and be in a little happier place. I just tried to be that way.”

Noren’s Ryder Cup team-mate Paul Casey also broke par with a remarkable comeback from a nightmare start, the Englishman slumping to 11 over par with five bogeys in the first seven holes.

However, Casey stopped the rot with a birdie on the ninth, reeled off four more in a row from the 11th and also birdied the last to storm home in just 30 strokes and complete a 69 to lie five over.

Former Masters champion Patrick Reed held the lead on four under, a shot ahead of fellow American Bryson DeChambeau.

Justin Thomas, Harris English and Rafa Cabrera Bello were a shot further back, with Jason Kokrak the only other player in red figures starting the round on one under.