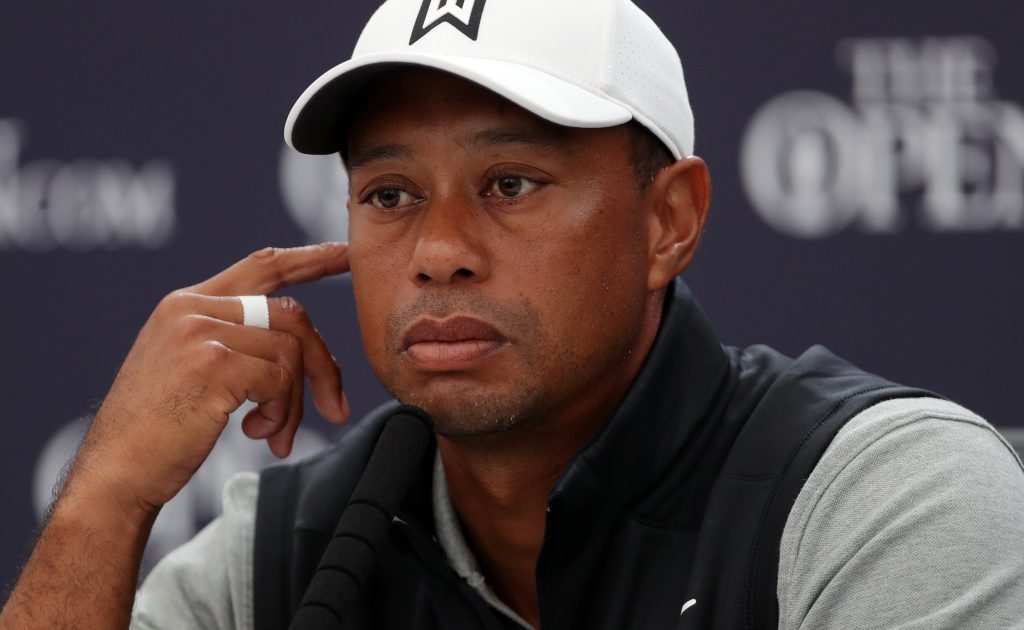 Tiger Woods has reiterated his opposition to the Saudi-backed breakaway fronted by Greg Norman and questioned if its younger recruits will ever be able to compete in majors.

Speaking in a press conference ahead of the 150th Open Championship, Woods said he supported the R&A’s decision not to invite Norman, a two-time winner, to the Champions’ Dinner at St Andrews due to his role as CEO of LIV Golf.

And the 15-time major winner said he could not understand why the likes of Dustin Johnson, Brooks Koepka and Phil Mickelson had “turned their backs” on the PGA Tour to join LIV Golf’s series of 48-man, 54-hole events.

“Greg has done some things that I don’t think is in the best interest of our game, and we’re coming back to probably the most historic and traditional place in our sport. I believe it’s the right thing,” Woods said.

Asked to explain what he meant, Woods added: “I know what the PGA Tour stands for and what we have done and what the Tour has given us, the ability to chase after our careers and to earn what we get and the trophies we have been able to play for and the history that has been a part of this game.

“I know Greg tried to do this back in the early ’90s. It didn’t work then, and he’s trying to make it work now. I disagree with it. I think that what they’ve done is they’ve turned their back on what has allowed them to get to this position.”

As the first LIV Golf event took place in Hertfordshire last month, the USGA and R&A said they would not prevent players who were already exempt from competing in this year’s US Open and Open Championship respectively.

And while it is hard to envisage majors rescinding the exemptions of former winners in the future, LIV Golf’s current application to be allowed to award world ranking points could have a significant impact on the ability of players to qualify for majors going forward.

“You’re just getting paid a lot of money up front and playing a few events and playing 54 holes. They’re playing blaring music and have all these atmospheres that are different.

“I can understand 54 holes is almost like a mandate when you get to the Senior Tour. The guys are a little bit older and a little more banged up. But when you’re at this young age and some of these kids… they really are kids who have gone from amateur golf into that organisation.

“I just don’t see how that move is positive in the long term for a lot of these players, especially if the LIV organisation doesn’t get world ranking points and the major championships change their criteria for entering the events.”

Rory McIlroy had earlier also backed the R&A’s decision not to invite Norman, although he said recently “peace talks” should happen between the rival organisations and admitted his position had changed slightly.

“I don’t agree with what LIV is doing. If LIV went away tomorrow, I’d be super happy. My stance hasn’t softened on that,” the four-time major winner told CBS Sports.

“But my stance on where the money is coming from is where I’ve sort of softened because I just look at every other sport and I see the money that’s going in there and I can see what benefits that has.

“It’s hard because, ultimately, do you want more money being invested into the PGA Tour? I think, yes, that would be great. And if these guys are willing to do that and scrap the whole LIV thing…”

Asked about those comments in his pre-Open press conference, McIlroy insisted they were not “contradictory” to his previous position and also declined to say if he would vote to permanently suspend PGA Tour members who had defected to LIV.

“I don’t think that should be in the public domain about how I would vote in that,” added McIlroy, who is one of four playing members of the PGA Tour’s board.