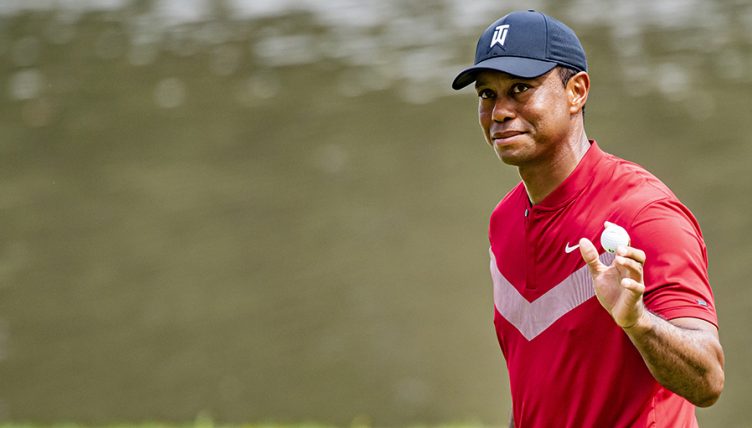 Tiger Woods believes he has plenty left in the tank despite reaching a career milestone in Japan last weekend.

The reigning Masters champion equalled Sam Snead’s all-time record of PGA Tour titles at the Zozo Championships on Sunday, cementing his legacy as arguably the greatest golfer the world has ever known.

Snead’s final tour success came at the age of 52, while Woods has reached the milestone aged 43, and the American seems destined to hold the record in his own right provided his body holds up.

“Unfortunately I went through some rough patches with my back and didn’t play for a number of years, so that record seemed like it was out of reach,” said Woods.

“It’s about consistency and doing it for a long period of time. Sam did it into his 50s and I’m in my early to mid 40s.

“As far as playing until 52, I hope that’s the case. If you would have asked me a few years ago, I would have given you a different answer, but certainly the future looks brighter than it has and hopefully I can be as consistent as he was well into my 40s and early 50s.”

Woods finished his final round on Monday in a rain-affected event, finishing 19 under in his first tournament since undergoing arthroscopic surgery on his left knee two months ago.

It was the latest in a long list of operations for the 15-time major winner, including the 2017 spinal fusion that has resurrected a career that looked destined to end prematurely.

“Physically, I can’t do any of the things I used to do,” he added. That’s just the way it is.

“Four back surgeries and my body just can’t do what it used to do, but I can certainly think my way around the golf course.

RELATED: WATCH: Tiger Woods hit in the head with microphone on TV after record-breaking round

“I don’t hit the ball anywhere near as far, compared to the field. Three hundred yards used to be a good thing, now it’s chump change.

“So I can still manage my way around a golf course, I know how to play and I was able do that this week.”

Woods is Team USA captain for the Presidents Cup in December and is set to make his picks next week.

Asked if he might now select himself after victory in Japan, he replied: “I think the player definitely got the captain’s attention.”