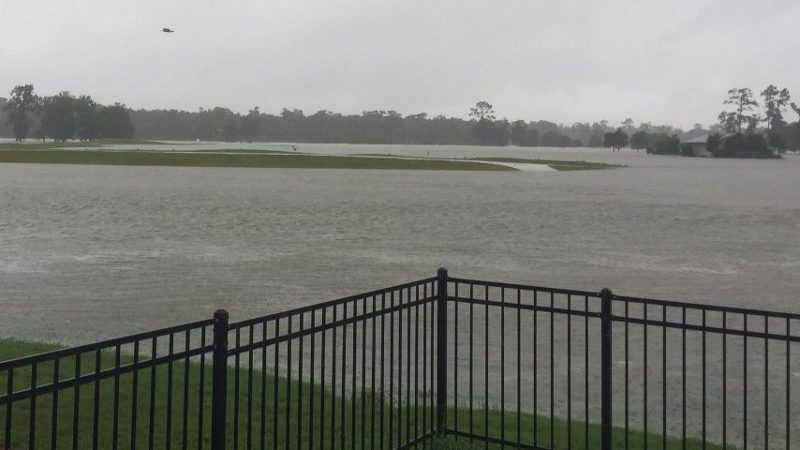 The Golf Club of Houston has been left stricken by the devastating hurricane that pounded the city.

Steve Timms, the president and CEO of the Houston Golf Association, shared some pictures of the tournament course at the club.

The venue has hosted the PGA Tour’s Shell Houston Open since 2003 and crowned its latest champion – Russell Henley – just four months ago, but Timms painted a bleak picture of the course in its current state.

“It’s a lake – as far as you can see in all directions it’s under water,” he told Golf Channel. “Houston has a long recovery in front of it.”

Staff at the Golf Club of Houston won’t know exactly how much damage has been caused by the hurricane and its flooding until the water starts to retreat.

Sergio Garcia, whose wife Angela is from Texas, has pledged to support the relief effort for the hurricane by donating $2,000 for every birdie and $5,000 for every eagle he makes throughout the remainder of the FedEx Cup.

My wife @TheAngelaAkins & I are donating $2k for every birdie & $5k for every eagle I make during the #FedExCup to help #Texas. #TexasFlood

The damage caused by Hurricane Harvey is expected to cost the city of Houston tens of billions of dollars.