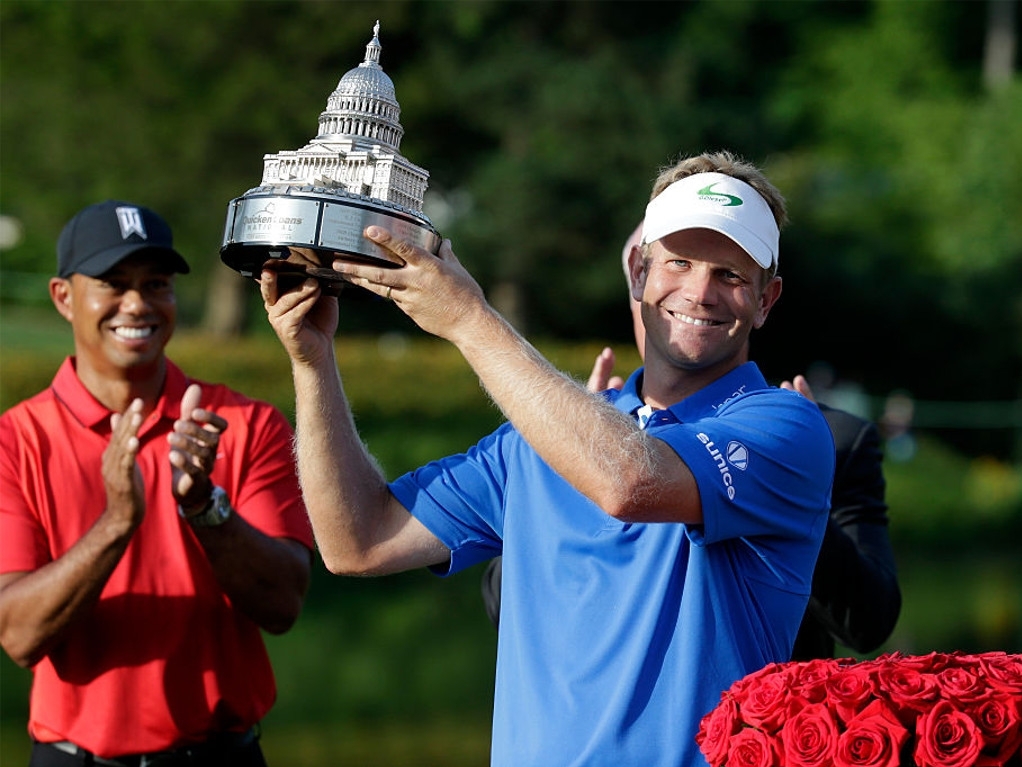 Local boy Hurley kept cool under pressure to hold off a challenge from Singh and close out with birdies on the 15th and 16th to take his maiden title.

"Billy played well," Singh said. "He's been playing well all week. You can see he's under control and it's nice to see him play well and not lose it actually at the end of the tournament."

Singh finished with a six-under 65, while first round leader Jon Rahm, the former Arizona State star from Spain, concluded his first tournament as a professional with a 70 to tie for third place with Bill Haas at 13 under.

Four time major winner Ernie Els finished fifth at 12 under after an up-and-down round of 72 that featured five bogeys and one double.

"I couldn't think of a better tournament for my first PGA Tour win," said Hurley. "I'm just thrilled to have gotten it done today."

Hurley, who lost his father just 10 months ago, was happy with the change in fortune.