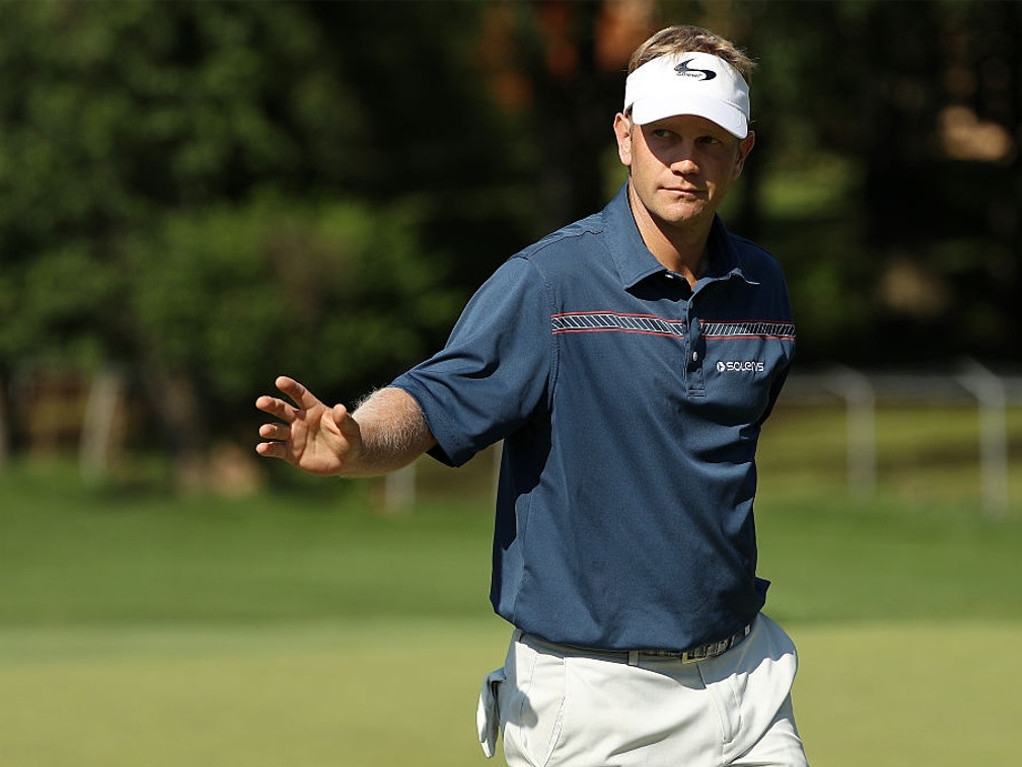 Billy Hurley will hold a two-shot lead going into Sunday at the Quicken Loans National after shooting a bogey-free 67 round three to finish at 15-under par.

Hurley, looking for his first PGA Tour win, will have to hold off Ernie Els after the veteran South African shot a 65 to finish two behind. There's still time to place your bet and back your favourite.

Four-time major winner Els was in great form, holing a nine-iron for an eagle on the par-4 12th.

Jon Rahm, who was in a tie for the lead overnight with Hurley, enjoyed an up-and-down round hitting four bogeys and five birdies for a 70 that left him three shots behind Hurley.

Hurley, a graduate of the Naval Academy, said the mental toughness he developed during five years in the armed forces would help him through the final round.

"That definitely helps in adversity on the golf course," said Hurley. "Focus, too. When you're driving a ship through the Suez Canal, it's all eyes ahead, focused exactly what we're doing. Land on each side and trying to just keep it in the middle. Focusing on the task at hand is definitely something that I've learned, as well."

Els, in search of his first win in four years since the 2012 British Open, said he was hoping his experiences at Congressional, where he won the 1997 US Open, would help

"I can't but help think about it because I won one of my biggest events here as a pro and I love it so much and obviously one more win will give me the 20, which is huge," Els said.

"On the golf course you think about the next shot and I'm quite focused this week on my next golf shot. I'm not too clogged with that kind of a thought," he added.

For all the latest golf betting odds and markets on offer, visit Paddy Power.