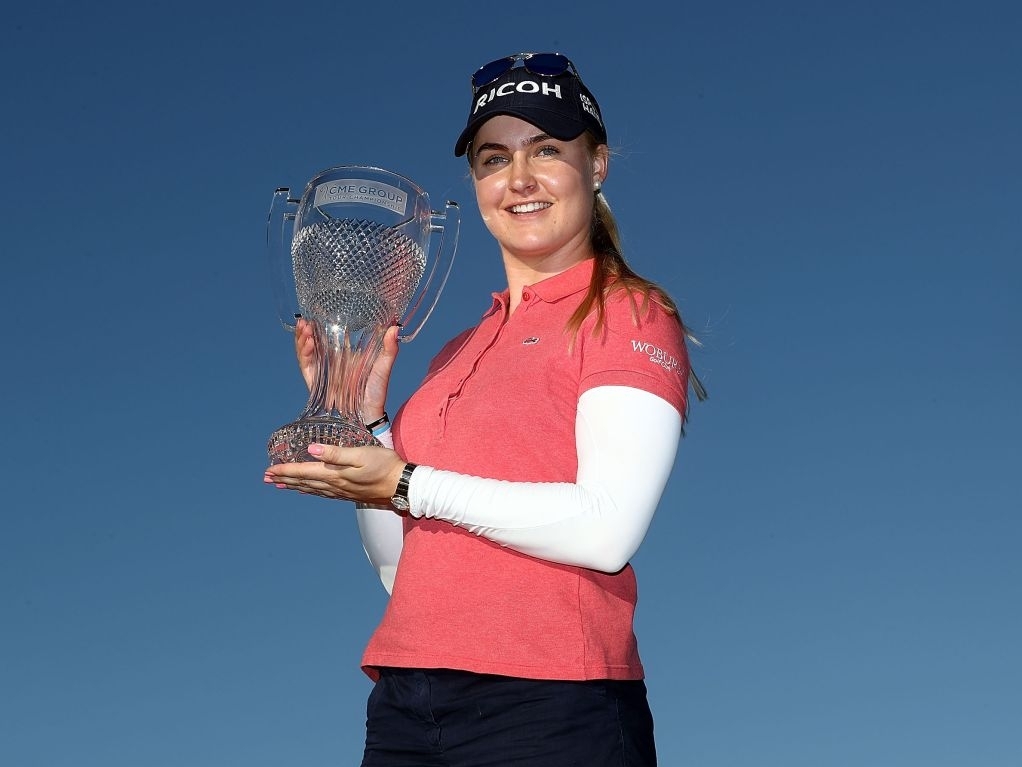 Charley Hull won her first LPGA tour title with a two-shot victory at the CME Group Tour Championship in Florida on Sunday.

A two-shot swing on the 17th helped the 2015 rookie to an impressive victory, while Ariya Jutanugarn of Thailand took home the Rolex Player of the Year award and a million-dollar bonus.

Hull finished the week 19-under par after carding a bogey-free final round 66 and in doing so set a new tournament scoring record.

Ryu So-yeon of South Korea was the Brit's closest competitor at Tiburon Golf Club in Naples, Florida and finished just two strokes behind on 17-under par.

Ryu kept up with Hull after a shaky start early in the day from the Briton until the 17th hole when the balance tipped in Hull's favour.

Tied at 18-under par on the penultimate hole, the South Korean could only bogey the par-five while Hull took advantage to birdie and put herself into a commanding lead.

“Sometime you just — well, good thing is when you decided to do something then when you are completely having a faith about it, then when you did it you cannot really complain about result,” Ryu said about the 17th.

Jutanugarn, who has won five tour titles this year, was awarded a $1million Race to the CME Globe bonus as well as the Player of the Year honours after she tied for fourth on 14-under par.

Meanwhile, world number one, Lydia Ko, was tied for tenth in the final tournament of the season and missed out on honours – but remains among BetBright's market favourites.