Hughes up by one at RSM Classic 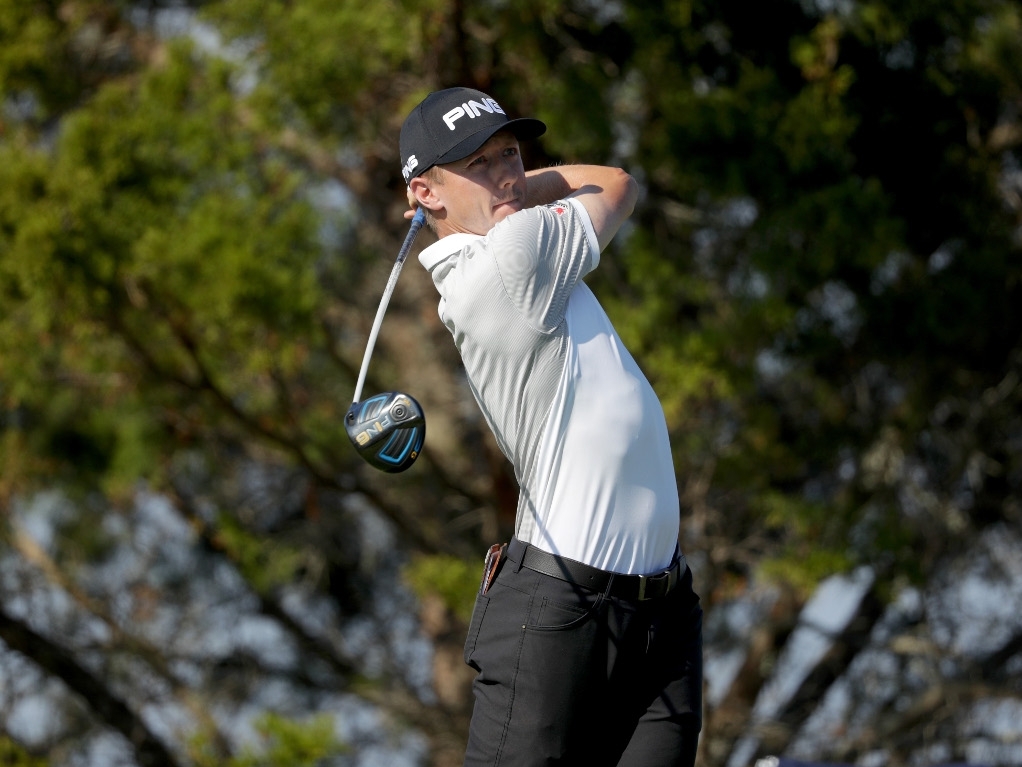 MacKenzie Hughes fired a two-under-par 68 to take a one-shot lead heading into the final round of The RSM Classic on Saturday.

Hughes, who is on track for his maiden PGA Tour title, finished on 16-under and is closely followed by Camilo Villegas, Billy Horschel and Cheng Tsung Pan, who are in a tie for second on 15-under.

Chesson Hadley sits in fifth place on the leaderboard on 14-under.

Hughes began his round with a pair of birdies on the front nine, which included a superb 31-foot putt at the third. The Canadian let all his hard work go to waste at the par-four 11th though as he recorded a triple-bogey.

Despite this he fought back with three birdies between the 13th and 16th to put himself at the summit of the leaderboard.

Villegas’ round of 64 saw him make nine birdies, six of which came on the back nine, a bogey and a double bogey at the par-three third. Horschel registered five birdies, which included a 32-foot putt at the fourth, during his round of 65, while Cheng’s round of 67 consisted of five birdies and two bogeys.