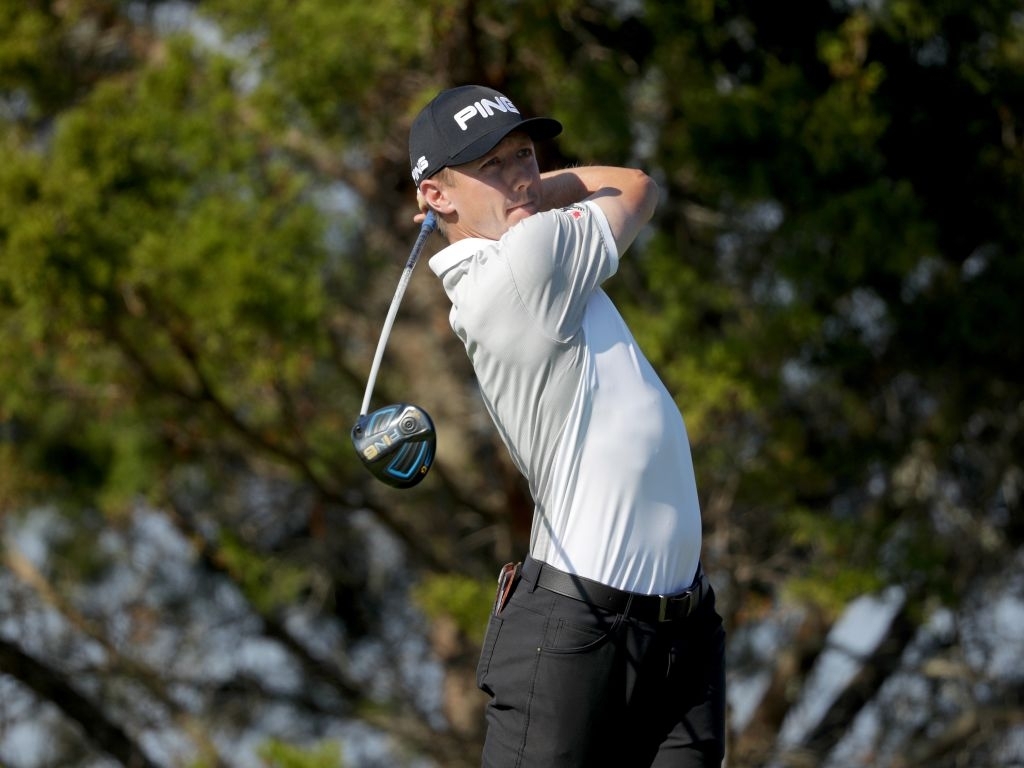 Mackenzie Hughes grabbed his maiden PGA Tour title after triumphing in a five-man play-off at the RSM Classic at Sea Island on Monday.

Two extra holes were played on Sunday before bad light forced the tournament to be suspended until Monday, with Horschel crashing out after missing his par putt at the first play-off hole.

When play resumed on Monday, Canadian Hughes rolled in his par putt from just off the green at the third play-off hole – the par-three 17th – to lift the trophy.

"If I don't make that putt I'm probably done, but I tried to flip that around and say everyone's got work left for par, but if I can put mine in first, it makes everyone's job harder," Hughes told Golf Channel after.

"So I just tried the best to make it and put something for them to look at. As soon as I hit it, I knew it was on a great line. I gave it some pace, because I knew if I didn't make it, I was probably out. About a foot from the hole, I knew it was in the heart and it was such a good feeling to see it go in."