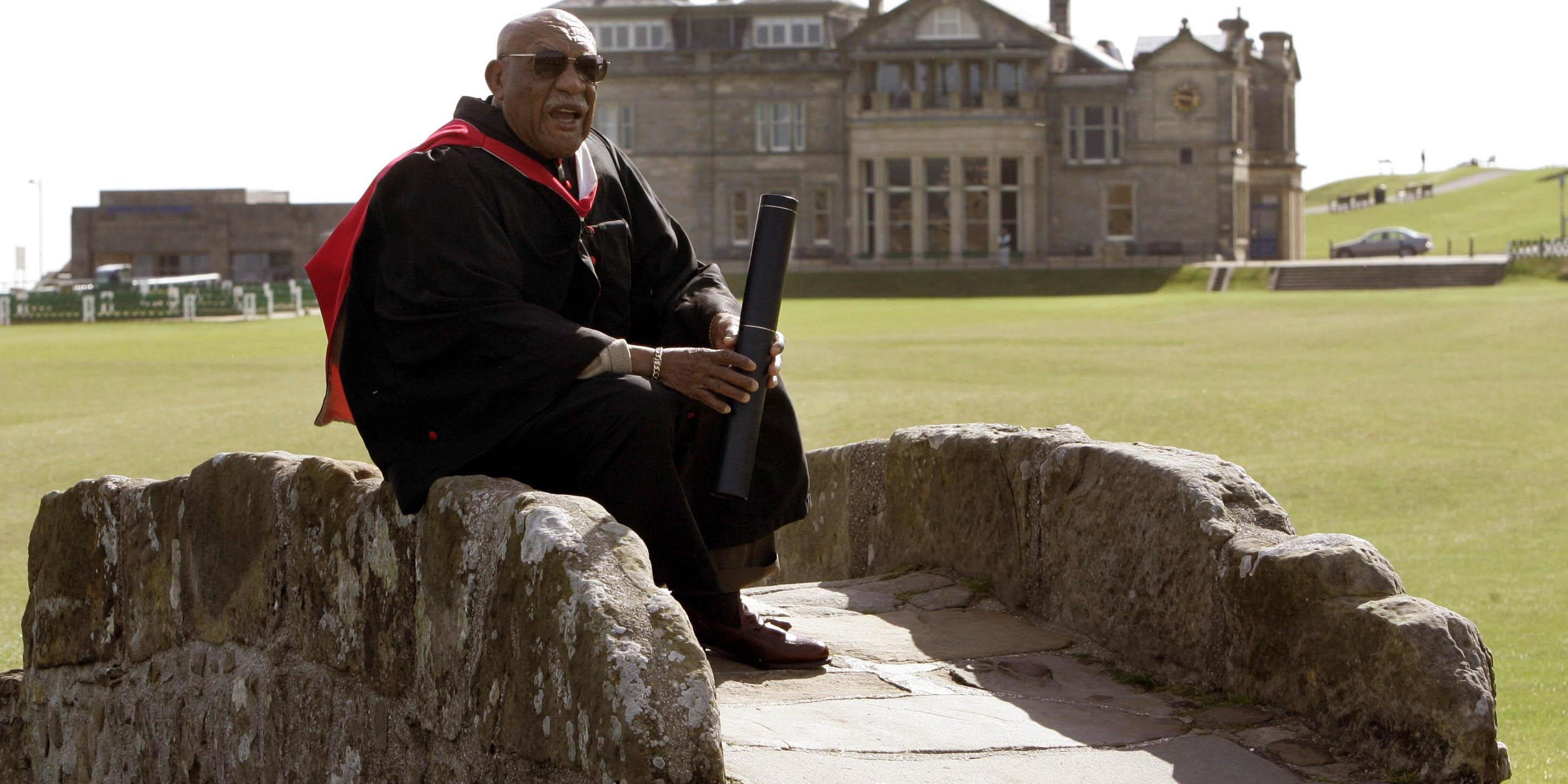 Tiger Woods will be concentrating on hosting duties instead of competing at the Genesis Invitational as he recovers from his fifth back operation.

And the 15-time major winner will be paying special attention to the exploits of a 32-year-old mini-tour veteran making just the second PGA Tour appearance of his career at Riviera Country Club.

Willie Mack III is playing the GBP 6.7million event after receiving the Charlie Sifford Memorial Exemption given to a deserving minority golfer, as chosen by the Tiger Woods Foundation.

Sifford was the first African-American to play on the PGA Tour and Mack understands how important it is to carry on his legacy, even though he was initially reluctant to share his history of financial struggles, which included a spell of sleeping in his car.

“It’s kind of like the Jackie Robinson of golf,” Mack told a pre-tournament press conference. “And who knows if Tiger would be who Tiger is today if it wasn’t for him.

“I’m a quiet guy. I actually never told my story or situation to anybody… I think maybe in the early stages of it happening it was maybe a little bit embarrassing, but I’m glad I went through it and it made me a better man and a better golfer today.”

Mack was talented enough to draw interest from a few good colleges, but his grades were average and none of the top schools offered the full scholarship that he needed.

One that did was Bethune-Cookman, a historically black college in Daytona Beach, Florida, where he won 11 times as an individual and was instrumental in the NCAA Minority Championship winning team in 2008.

However, even after becoming the first African-American to win the Michigan Amateur title in 2011, Mack struggled to attract sponsors and turned professional before returning to Florida to compete on local mini tours.

Money remained tight – on one occasion he paid a 100USD entry fee to a tournament with just 110USD in his account – and for around 18 months Mack opted to sleep mainly in his Ford Mustang.

“When I was sleeping in the car, I actually won the (Florida Pro Golf Tour) money list that year, so I was making some money, but you have to make a decision to either get a hotel and spend some extra money or play in the next tournament or eat,” Mack said.

“I still know the dollar menu at McDonald’s to this day from that. Yeah, it was rough.”

Even when Mack was able to upgrade his car, things did not exactly go smoothly, the engine of his 2012 Kia Optima exploded on Interstate 95 just days after it was inspected in a company recall.

The dramatic video surfaced on social media and a GoFundMe page started by one of Mack’s friends raised more than 6,500USD in donations, while Titleist and Peter Millar also chipped in.

Mack now has a two-year sponsorship agreement with Farmers Insurance that helps cover his expenses on the Florida Professional Golf Tour, and the Advocates Pro Golf Association Tour, a non-profit organisation that aims to bring more diversity to the game.

“I want to be on the PGA Tour,” added Mack, who was a last-minute addition to the field for the Farmers Insurance Open at the end of January after his good friend Kamaui Johnson had to withdraw when he tested positive for Covid-19.

“I’m 32 (but) I don’t think I’m that old yet. I think I have a little bit of time. Hopefully this week I can play well and make something out of it.

“I had a better preparation for this tournament than Torrey Pines (where he missed the cut) and hopefully I can come out here and play well.”