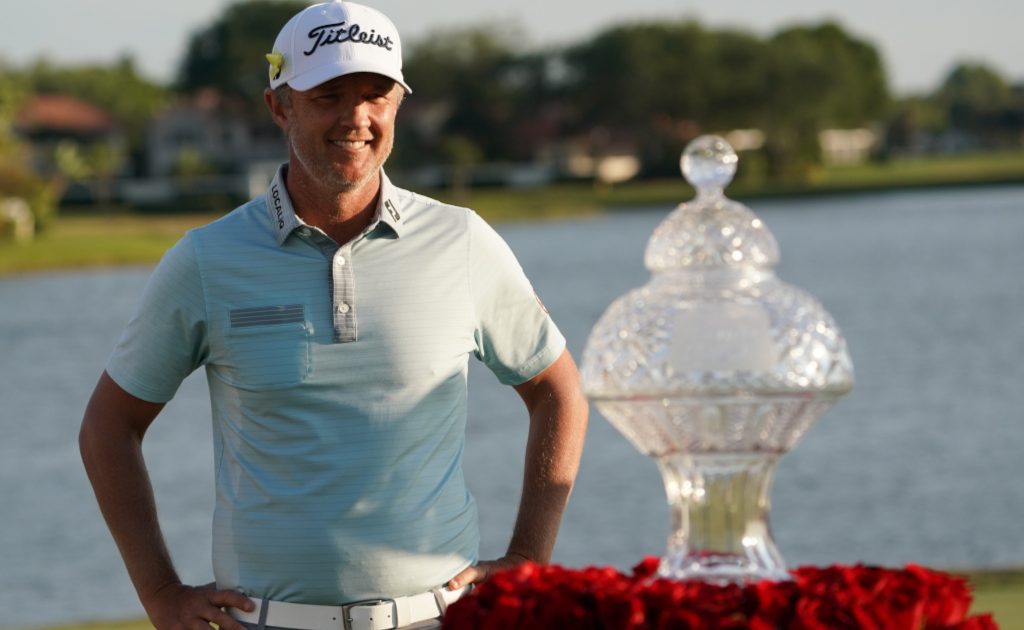 Honda Classic champion Matt Jones admits he was so confident ahead of the tournament that he felt the only way someone could beat him was if they cheated.

Entering the final round with a three-shot lead, the 40-year-old Australian closed with two-under final round of 68 to win his first PGA Tour title since 2014 and second of his career by five shots.

Asked what was different for him this week, Jones said: “I’d just say my ball-striking, to be honest. I struck it amazing.

“I have a funny text that I sent someone because I was hitting it pretty good on Tuesday and Wednesday. I said ‘If someone beats me this week, they’ve cheated’.

“I was pretty confident going into the week, which is not normal for me. I was hitting it good and something just clicked for me.

“I was very comfortable controlling the ball and flighting the trajectory all week. It was great and it’s something I hope I can continue with.”

Jones, who also led after the opening day, sunk birdies at the first and third as he built an almost unassailable lead before dropping a shot at the seventh to turn in 34.

He surrendered another at the 11th before making gains at the 12th and 13th to cement his advantage.

Another bogey at the 14th was recovered at the 16th but he always had enough daylight to see him home.

Asked if he was aware of what his closest rivals were doing out there, Jones said he had a look at the scoreboard from time to time.

Asked what he thought the win would do for his career, Jones replied: “Just belief that I can do it.

“I mean, it’s been seven years. It’s been a tough seven years. I’ve had ups and I’ve had downs, as all golfers have, but it gets me into a lot of big tournaments now, and I can go prep for Augusta, which is nice. Last time I had four days to prepare and it was a bit tough, so I’m looking forward to it.”