Holman two ahead in Malaysia 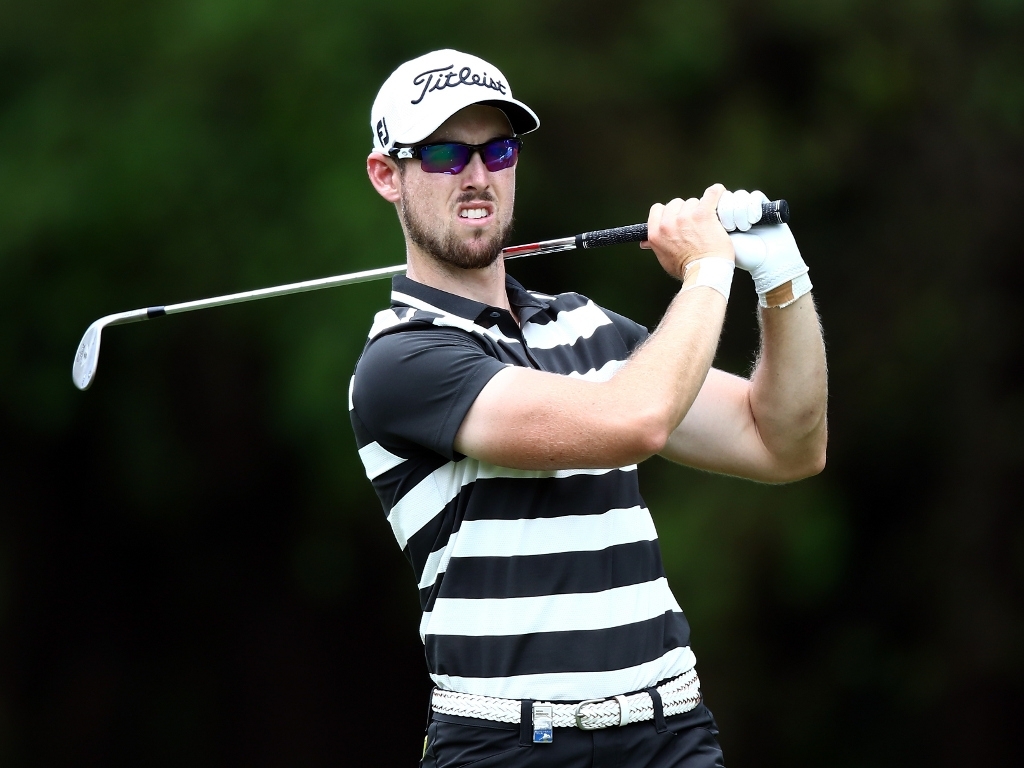 Nathan Holman of Australia produced a solid six under par 65 for a two shot halfway lead at the inaugural Maybank Championship Malaysia on Friday.

Thanks to a hot putter, the 24-year-old Holman rolled in seven birdies to double up his overnight lead with a 13 under par 129 aggregate ahead of Richard Bland of England, who also shot a 65, at Royal Selangor Golf Club.

Thongchai Jaidee of Thailand and Australian Marcus Fraser were a further shot back after shooting identical 69s in the prestigious event sanctioned by the Asian Tour and European Tour.

Holman, the reigning Australian PGA Championship winner, birdied all the par fives at Royal Selangor for the second consecutive day to stay in the hunt for a second victory since his European Tour breakthrough on home soil last December.

"After winning at home, my next aim was to win a tournament overseas, so it's great to have the chance to tick that one off the list so soon. Then looking further ahead, getting into the top 100 in the World Ranking is a realistic aim," said Holman.

The Australian conceded nerves started to creep in after he made the turn but kept his cool to fire four birdies over his closing six holes. His only bogey of the day came on the 14th hole.

"When I saw I was three or a few shots clear after the turn there were a few nerves but I handled myself really well and managed to pick up a couple of birdies coming in. I've been working on my alignment for the past couple of weeks and it definitely seems to be paying off," said Holman, who has played on the Asian Tour in the last two seasons.

Without a bogey on the card through 36 holes, Bland, a one-time European Challenge Tour winner, said his impressive run was due largely to a new driver in the bag. "To go around here without dropping a shot in two days takes some doing. I picked up a new driver in Dubai, and I drove it really well that week, and that’s the case again here," he said.

Willett, the highest ranked player in the elite field, struggled with the humidity but did enough to stay within striking distance of winning a second title in three weeks.

"I'm struggling a bit with my body. My energy levels collapsed on the back nine, and I started making a few silly mistakes. But the flags were also quite tricky and the wind's picking up a bit, so I can't see the scoring being too ridiculous. And I would have taken eight under after two rounds," said the Englishman, winner in Dubai recently.

Slightly-built Tabuena remained on the leaderboard despite still suffering from the effects of food poisoning. He shot three birdies against no bogeys to give himself a chance of winning a second title since his career breakthrough win at the Philippine Open in December.

"It works for the better sometimes as you don't think about the golf. Sometimes when you play golf, in the pre-consciousness, you tend to do great things. I'm happy with my performance so far, so I hope to keep it up.

"I'm really happy with my form so far considering I'm not 100%. Just told myself to shoot anything under par and get back to the hotel as fast as you can and try to get ready for tomorrow. I'm happy I managed to get a few under par. I don't want to play against the other players. I just want to compete against the golf course," said the 21-year-old Tabuena.

After finishing tied seventh in his last two appearances on the Asian Tour, the unassuming Lee continued his fine form as he chases a first victory on a course which he said suits his eye.

"I feel comfortable heading into the weekend because I like the course. I think I have a chance. This course really suits my game. I just focussed on my shots and I didn’t pay attention to the leaderboard," said the 22-year-old Lee.

The cut was set at one-under-par 141 with a total of 70 players qualifying for the weekend rounds. Chinese amateur Jin Cheng, winner of the 2015 Asia-Pacific Amateur Championship and four Malaysians will also feature in the final two rounds.