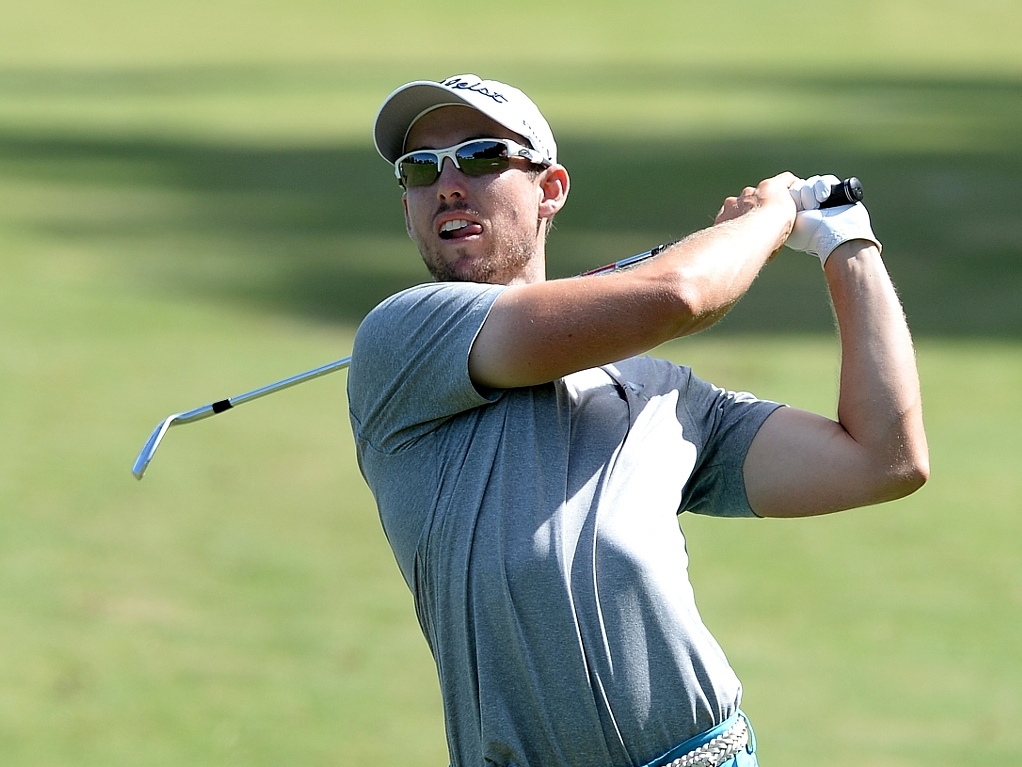 Nathan Holman has won the Australian PGA Championship after coming out on top of a three-way play-off with Harold Varner III and Dylan Frittelli.

Sunday's finale meant a play-off was needed to decide the winner for the second successive year, after Greg Chalmers, Adam Scott and Wade Ormsby battled it out over seven holes in 2014.

Unlike last year, though, only one additional hole was needed to decide the outcome this time around.

On the difficult 18th hole at Royal Pines, American Varner and South Africa's Frittelli both made bogeys, while Victoria's Holman kept his nerve to make par and with that, continued Australia's dominance at the event. An Australian has won the PGA Championship title ever year since 1989, when New Zealand's Greg Turner triumphed.

The top trio all finished on level par in the difficult, windy conditions, with Holman (73) missing out on the victory on the 72nd hole when he narrowly missed a nine-footer for par. Varner and Frittelli both notched 75s.

Having made a double-bogey on the first, Holman looked poised to win the title much earlier in the round, until nerves set in during the last couple of holes, leading to a bogey-bogey finish.

The 20-year-old former South African Zander Lombard, who was tied for the lead going into the final round along with Varner and Frittelli, finished in fourth place after carding a final round 76, which saw him finish on one-over.

Local youngster Cameron Smith (73) shared the lead with Varner early in the round, but after notching three bogeys on the back nine, he had to settle for five place on two-over.

Only six of the 71 players in the field were able to break par on Sunday, with Adam Stephens and Colin Nel (70s) the best of the lot.