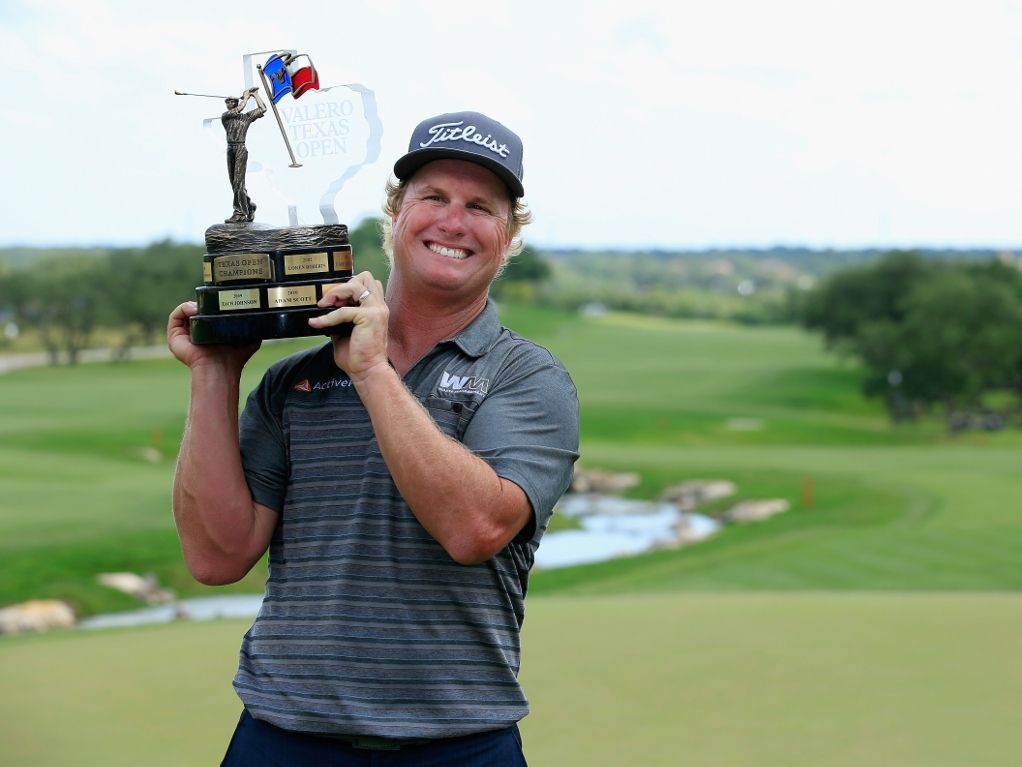 Charley Hoffman made a nine-foot birdie putt at the 18th to win the Valero Texas Open by one stroke on Sunday.

Hoffman, who carded a three-under-par 69 in the final round and finished on 12-under, was closely followed by Patrick Reed, who ended on 11-under and came second.

Chad Collins was third on 10-under, while overnight leader Ricky Barnes finished in a tie for fourth on nine-under.

Hoffman, who was under immense pressure throughout the final round in San Antonio, began with a bogey at the third before bouncing back with a 21-foot birdie putt at the next hole. Birdies at the 11th and 14th helped his cause and Hoffman also took advantage of Reed’s hiccups towards the end to claim his fourth PGA Tour title.

It didn’t come easy, though, as Hoffman’s approach shot from the left rear green side bunker landed nine-feet short of the cup. With the title on the line, Hoffman kept his cool and converted the nine-foot putt to triumph in thrilling fashion.

Reed, who also recorded a 69, kicked off his round with an 18-foot birdie putt at the third before going on to make another one at the fifth. Despite ending the front nine with a bogey at the seventh, Reed stayed in contention with a 23-foot birdie putt at the 15th. The 25-year-old missed birdie opportunities at the 16th and 17th as he missed seven-foot putts on both holes. Even though he finished with a birdie at the 18th, his misses came back to haunt him as Hoffman escaped with the title.

Collins also fired a 69 in the final round, starting with a duo of birdies and a bogey on the front nine. He struggled at the start of the back nine, making two bogeys in the space of his first three holes, but Collins fought back to make four birdies on his last five holes.

Barnes had a day to forget as he carded a two-over-par 74, which consisted of three birdies and five bogeys.