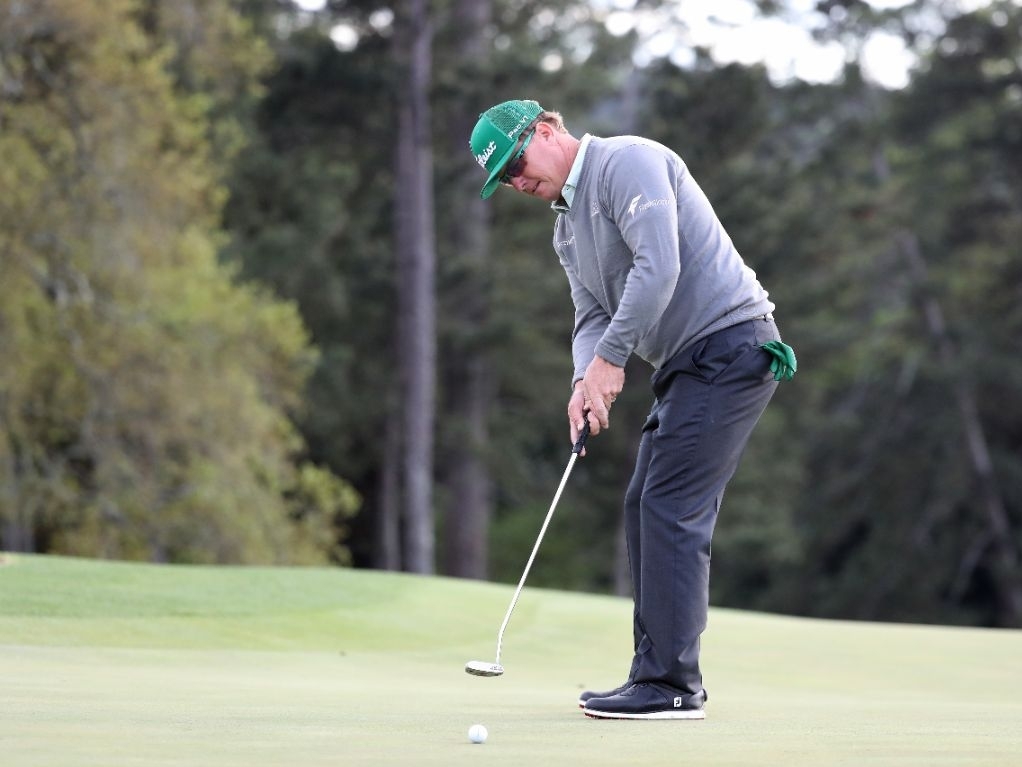 Charley Hoffman was the shock pace-setter at a dramatic first day at the Masters after notching the competition’s biggest opening round lead in more than 60 years.

The world number 52’s stunning seven-under-par round of 65 saw him take a four shot advantage over another outsider, William McGirt, in wind-affected conditions at the August National.

But that was just one of many dramatic stories from a day which saw world number one Dustin Johnson withdraw with injury on the opening tee and Jordan Spieth collapse on the back nine.

Hoffman was able to take advantage of the wind easing in the latter half of the day, as he birdied five of the last seven holes to surge into the biggest opening round lead since 1955.

“The putts started going in the hole – as simple as that sounds,” he said.

“I kept hitting my spots and in the wind I ended up getting 20 footers and I got some of them down the stretch.”

Fellow American McGirt was the first player to break 70 on his first appearance at the Masters after going round in 69 with four birdies and a bogey.

McGirt is one shot ahead of Lee Westwood after the British veteran birdied the last five holes.

A group of eight players are at one under – six adrift of Hoffman – and include several heavyweight names, including Phil Mickelson, Justin Rose and Sergio Garcia.

World number two Rory McIlroy is a shot further back after an even par round of 72, following a good recovery from being three over after the opening eight holes.

Spieth is down in joint 41st, despite being one under par after the opening 13 holes.

The 2015 champion – who saw his title defence last year collapse spectacularly – hit his third shot into the water at the 15th, before three-putting for a nine.