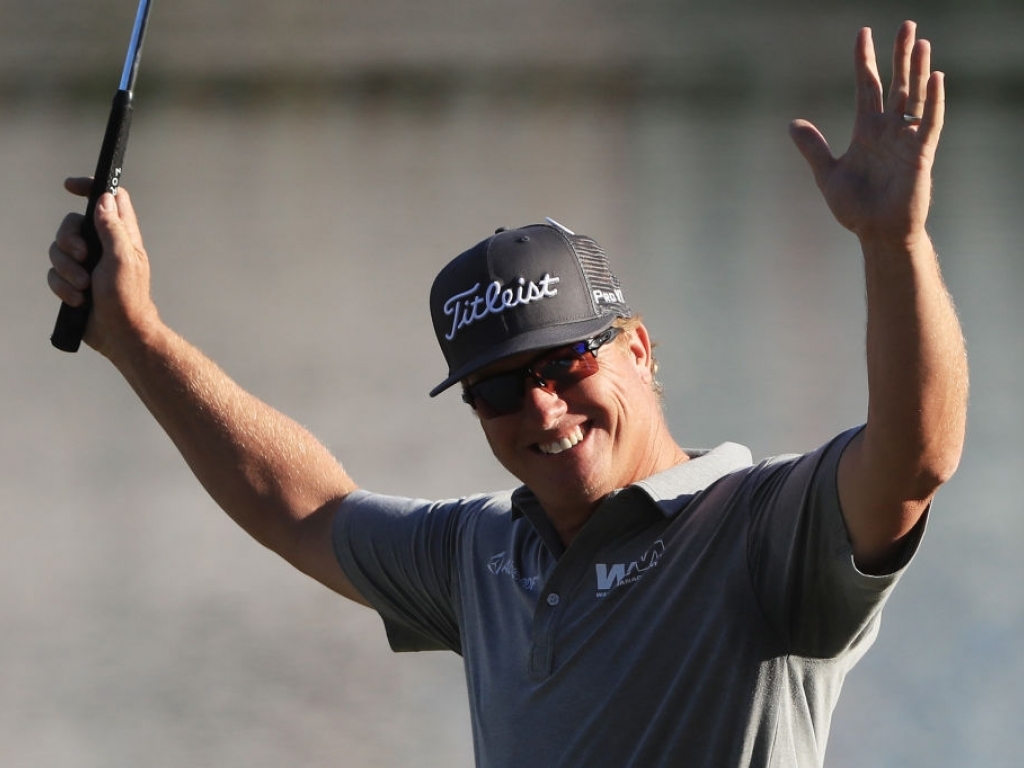 Charley Hoffman finished with a flourish to grab a share of the lead after three rounds at the Arnold Palmer Invitational on Saturday.

Hoffman birdied the last three holes at Bay Hill, including a huge 70 foot putt on the last hole, to tie for the lead at 11 under with Kevin Kisner.

Kisner and Hoffman will play in the final group on Sunday. Kisner will be looking for his second PGA Tour title, while Hoffman will try to record his fifth win on the tour.

Kistner fired six birdies and two bogeys in a four-under par round of 68, while Hoffman’s birdie blitz saw him squeeze home at one-under par (71) after an up-and-down round.

They will be chased by a group of three players who finished three shots behind at eight under, including Australia’s Marc Leishman and young Englishmen Tyrrell Hatton and Matthew Fitzpatrick.

Another shot further back are the in-form Adam Hadwin and Lucas Glover.

Former world number one Rory McIlroy pulled himself into contention with a 7-under 65 to finish at six under. McIlroy is still looking for his first win of the year.

Other players with an outside chance include Rickie Fowler, Justin Rose and Paul Casey, who are part of a group tied for 11th place at five under. Fowler stormed up the leaderboard with a 7-under par round of 65.