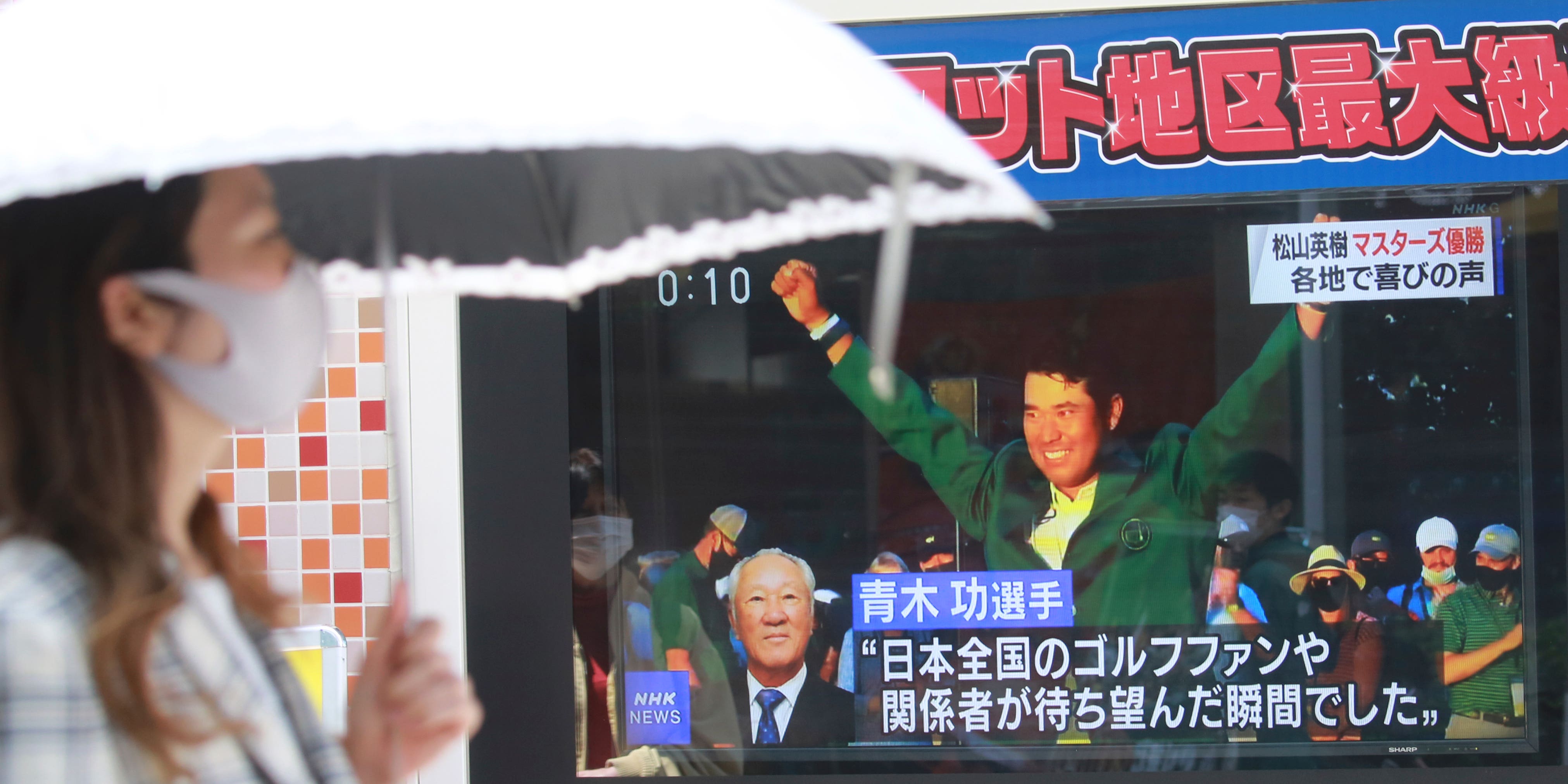 Hideki Matsuyama hopes his Masters victory will “open the floodgates” for his fellow Japanese players.

A decade after finishing as the leading amateur at Augusta National, Matsuyama survived a nervous start and a late stumble to become the first male Japanese player to win a major championship.

The 29-year-old was cruising to victory until inexplicably going for the par-five 15th in two and firing his approach over the green into the water, the resulting two-shot swing seeing his lead cut in half.

However, nearest rival Xander Schauffele then pulled his tee shot on the 16th into the water to end his chances and allow Matsuyama the luxury of completing a closing 73 to finish a shot ahead of debutant Will Zalatoris.

Speaking through a translator, Matsuyama said: “I’m really happy. My nerves didn’t start on the second nine, it was right from the start and right to the very last putt.

“I was thinking about my family all the way round today and I’m really happy that I played well for them.

“Hopefully I’ll be a pioneer in this and many other Japanese will follow and I’m glad to be able to open the floodgates hopefully and many more will follow me.”

Schauffele had recovered from a double bogey on the fifth with birdies on the seventh and eighth and made four more in a row from the 12th before his decisive mistake on the 16th.

“I was coming in hot, feeling good,” Schauffele said. “Hideki surprisingly went for the green on 15 so I felt like he gave me a little bit of hope there.

“I was maybe a little hyper-aggressive there on 16. If I had a lead I would have bailed out right and I think that’s the shot on the hole, I just haven’t hit it enough.

“I fought hard. It was a messy start and Hideki was robot-like for 13 holes and didn’t make a mistake. I felt like I gave him a little bit of a run and a little bit of excitement and unfortunately hit it in the drink there.

“If you look at my career you could call it a big ball of scar tissue with a bunch of second places. I don’t look at it that way.

“I hit a good shot, I committed to it but it turned out bad. I’ll be able to sleep tonight. I might be tossing and turning but I’ll be okay.”