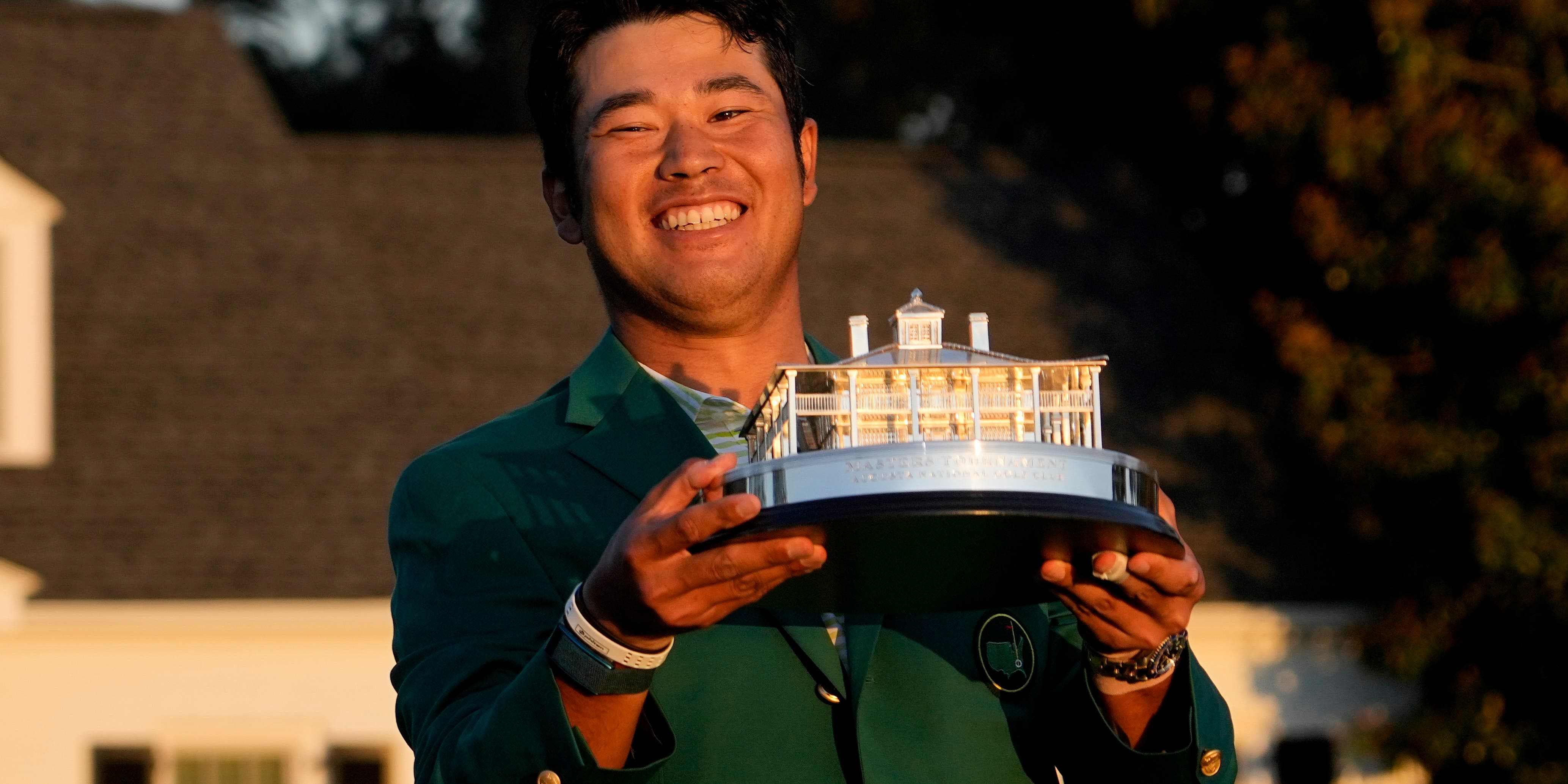 At every major championship in recent years, the game’s top stars were guaranteed to be asked a certain question in their pre-tournament press conference.

“Do you think Hideki Matsuyama can win a major?” the likes of Tiger Woods, Dustin Johnson or Rory McIlroy would be asked by a Japanese journalist, Matsuyama’s star status in his home country ensuring he had been “drawn” in a high-profile group to suit TV schedules.

Whether out of politeness or inside knowledge of Matsuyama’s talent the answer was always yes, but following his victory in the 85th Masters the question will have to undergo a subtle, but important, change.

Can golf’s reticent star win more majors after making his breakthrough at Augusta National on the back of a stunning third round of 65, when he covered the back nine in just 30 shots after spending a 78-minute weather delay playing games on his mobile phone?

Anyone expecting bold predictions from the man himself will be disappointed however, the 29-year-old admitting talking to the large Japanese media contingent who usually follow his every move is “not my favourite thing to do”.

Asked if he now considered himself Japan’s greatest player, Matsuyama said: “I can’t say I’m the greatest. However, I’m the first (male player) to win a major, and if that’s the bar, then I’ve set it.

“I hope it will affect golf in Japan in a good way. Not only those who are golfers already, but hopefully the youngsters who are thinking about playing golf, I hope they will see this victory and think it’s cool and try to follow in my footsteps.

“Up until now, we haven’t had a (male) major champion in Japan, and maybe a lot of golfers or younger golfers, too, thought, well, maybe that’s an impossibility. But with me doing it, hopefully that will set an example for them that it is possible and that, if they set their mind to it, they can do it, too.

“It’s thrilling to think that there are a lot of youngsters in Japan watching. Hopefully in five, 10 years, when they get a little older, hopefully some of them will be competing on the world stage.

“But I still have a lot of years left, so they are going to have to compete against me still.”

Matsuyama’s victory is certainly well timed with the postponed Tokyo Olympics four months away, although the world number 14 did not sound overly enthused about the mooted prospect of lighting the Olympic flame.

“It would be quite an honour,” Matsuyama added. “But I’m not sure about my schedule. If the schedules worked out and I am in Japan when that happens and they ask me, what an honour that would be.

“I’m really looking forward to the Olympic Games in Tokyo. If I am on the team, and maybe it looks like I will be, I’ll do my best to represent my country and hopefully I’ll play well.”

At least one thing is for certain – there will be no need for speculation on what will be served at next year’s Champions Dinner.

Former US Open champion Webb Simpson, who often eats dinner with Matsuyama, told GolfDigest.com: “We always get sushi. When I played in the Dunlop Phoenix (in Tokyo) he invited me to dinner and the restaurant shut down for him.

“He ordered for me. Yeah, that was a little more like kind of the raw sushi, like the stuff was living, and then it was killed and we ate it right away.”