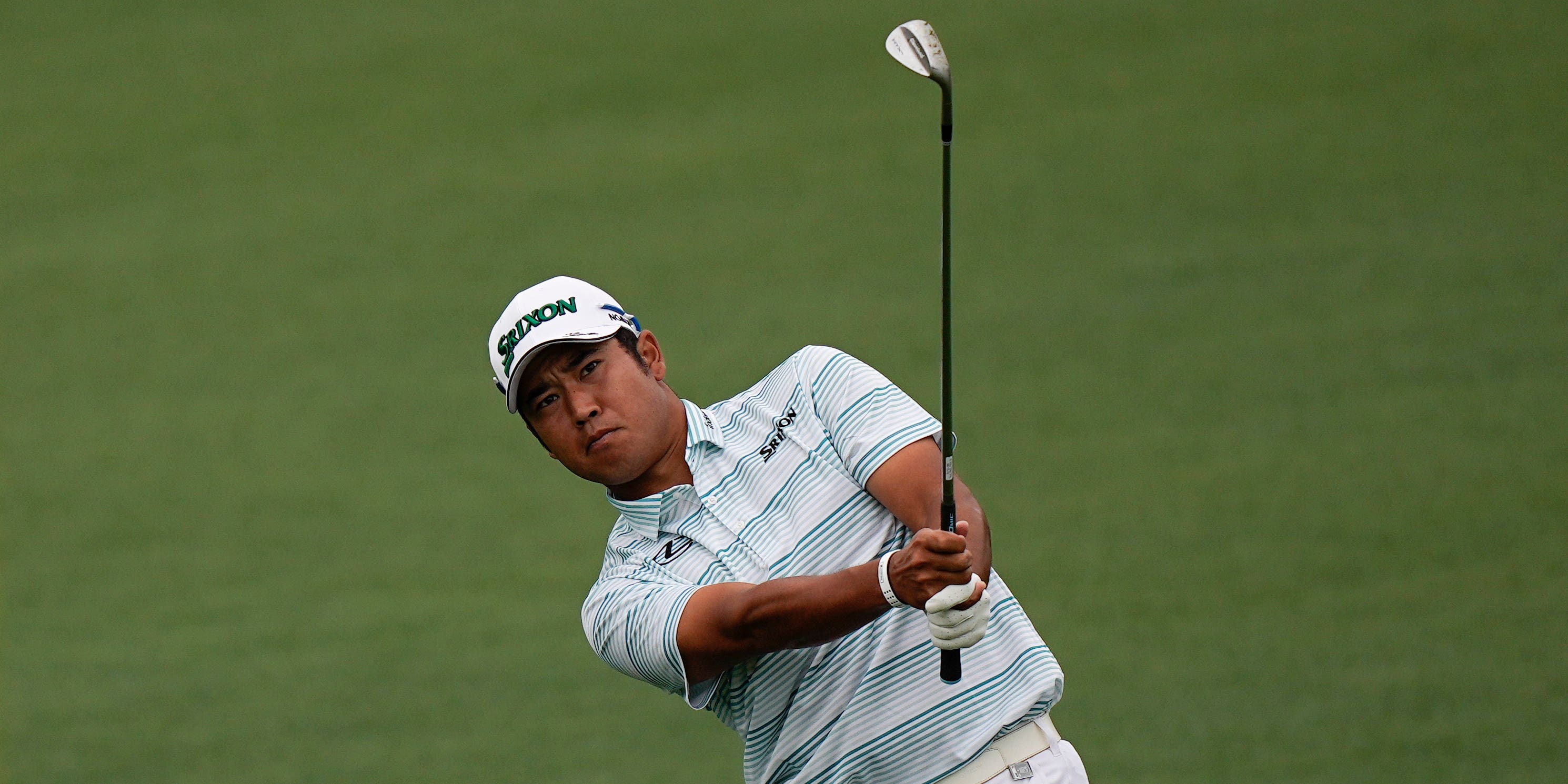 Hideki Matsuyama has tasted success in the Masters once before, winning the Silver Cup awarded to the leading amateur in 2011.

Yet remembering what else happened on that Sunday a decade ago might not have done the Japanese star any favours as he attempted to convert a four-shot lead into a first major title at Augusta National.

Like most people in 2011, Matsuyama would have been expecting to share the presentation ceremony in Butler Cabin with Rory McIlroy, the Northern Irishman holding a four-shot lead of his own heading into the final round.

Instead, it was South Africa’s Charl Schwartzel being helped into the famous green jacket by 2010 champion Phil Mickelson, McIlroy having imploded on the back nine in a closing 80 to finish 15th.

A better omen for Matsuyama is that the last player to hold a four-shot lead after 54 holes of the Masters was Dustin Johnson, who converted it into a five-shot victory just five months ago.

And just eight days ago there was Japanese success at the same venue, Tsubasa Kajitani winning the Augusta National Women’s Amateur in a play-off against Emilia Migliaccio.

Japanese women have also won professional majors through Hisako Higuchi and Hinako Shibuno, but Matsuyama would be the first male player to claim one of the game’s biggest prizes and become an even bigger star in his native Japan.

Such stardom does not come easy to the 29-year-old, whose every move is usually chronicled by a large contingent of Japanese media at each tournament.

With Covid-19 travel restrictions reducing the number of press at Augusta National, there is no doubting that Matsuyama has enjoyed having slightly fewer media commitments.

“I’m not sure how to answer this in a good way, but being in front of the media is still difficult,” he said through a translator following his stunning third round of 65.

“I’m glad the media are here covering it, but it’s not my favourite thing to do, to stand and answer questions. And so with fewer media it’s been a lot less stressful for me and I’ve enjoyed this week.”

He will enjoy it even more with a victory, of course, and the location could hardly be more fitting.

“Winning the 2010 Asia-Pacific Amateur Championship gave me the opportunity to play in the Masters,” Matsuyama said last year.

“Making the cut at the 2011 and 2012 Masters was the key in giving me the confidence I needed to know that I could compete someday on the PGA Tour.”