Herts golfing duo in pole position at Quinta do Lago 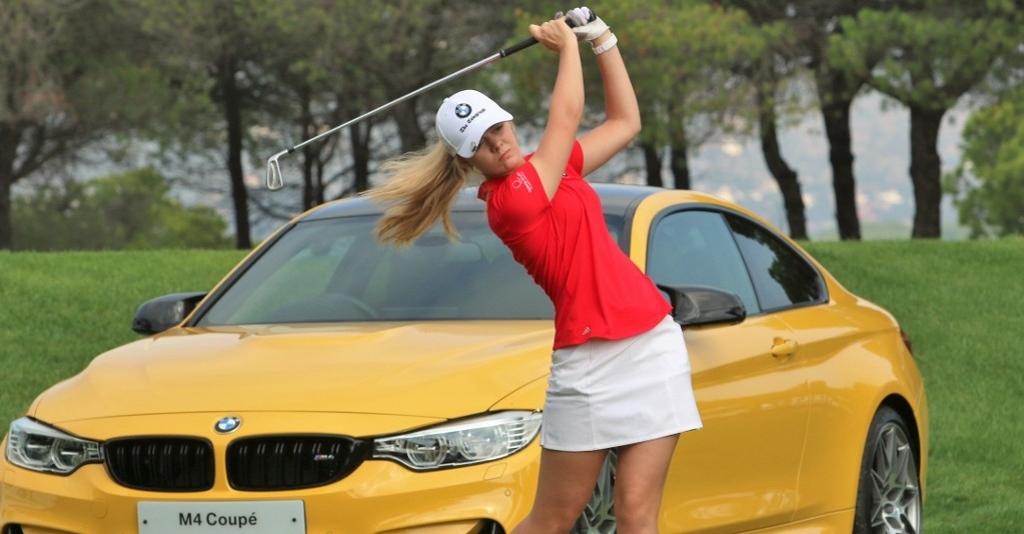 The 2016 Telegraph BMW Championships looks set to go down to the wire with Hertfordshire teenagers Harry Goddard and Hannah Screen both holding slender one-stroke leads going into the final day’s play at Quinta do Lago, Portugal.

Berkhamsted's Hannah Screen heads the girls' field on two-over-par after posting a 73 on Thursday. Overnight leader Lily May Humphreys is one shot further back, while English girls’ amateur champion Cloe Frankish will make up the final group after carding a fine 72, the best round of the day.

Screen, 16, chipped in for a birdie at the second, before a pair of 30-foot birdie putts on the back nine left her in the ascendancy.

"The greens were so fast and everyone was struggling," she added. "It would be a big honour to win as Alice Hewson (2014 winner) is also from my home club. It would make it so much more special."

The Hertfordshire teenager, who plays at Hanbury Manor, led by three strokes overnight but his advantage evaporated on the front nine as he struggled to rediscover the rhythm which saw him to a memorable course record 66 on Wednesday.

Tyneside's James Wilson overcame a triple bogey to eat into Goddard's lead and will start the final round just one shot back.

Wilson, 17, from Newcastle, admitted that the heat had hampered him down the closing holes. "I slept really well but you can't train for it," he said.

"But anything can happen on the last day and it's an honour to be part of this."

Scotland's Darren Howie, whose brother Craig played in the 2012 finals, will also harbour dreams of the title after three closing birdies put him into the last group.

Sheffield’s Barclay Brown and Hugh O'Hare, from Belfast, are still in with a chance of winning after both juniors carded level-par rounds. They lie fourth and fifth respectively.

Hailed by 2014 European Ryder Cup captain Paul McGinley as one of junior golf’s Majors, the tournament is being staged for the third year running on Quinta do Lago’s North Course, one of three 18-hole championship courses at the luxury resort.

Officially opened by McGinley in October 2014, the 6,156m-layout has quickly risen to become one of the new stars of European golf, and played a key role in Quinta do Lago be named as Portugal’s best golf resort in Golf World’s inaugural rankings of the Top 100 Resorts in Continental Europe 2016/17.

An eight-time host of the Portuguese Open, the resort has reinvented itself over the last six years into one of the world’s most vibrant luxury lifestyle experiences.

The redesign of the North Course and the opening of the highly-acclaimed new Bovino Steakhouse are among a number of high-profile changes at Quinta do Lago, and competitors will have the chance this week to experience the resort’s full array of luxury facilities as well as enjoying complimentary accommodation at the nearby five-star Monte da Quinta Resort.

For more details about the 2016 Telegraph BMW Junior Championship, call 0344 693 1885 or go to http://www.telegraph.co.uk/sponsored/sport/juniorgolf/