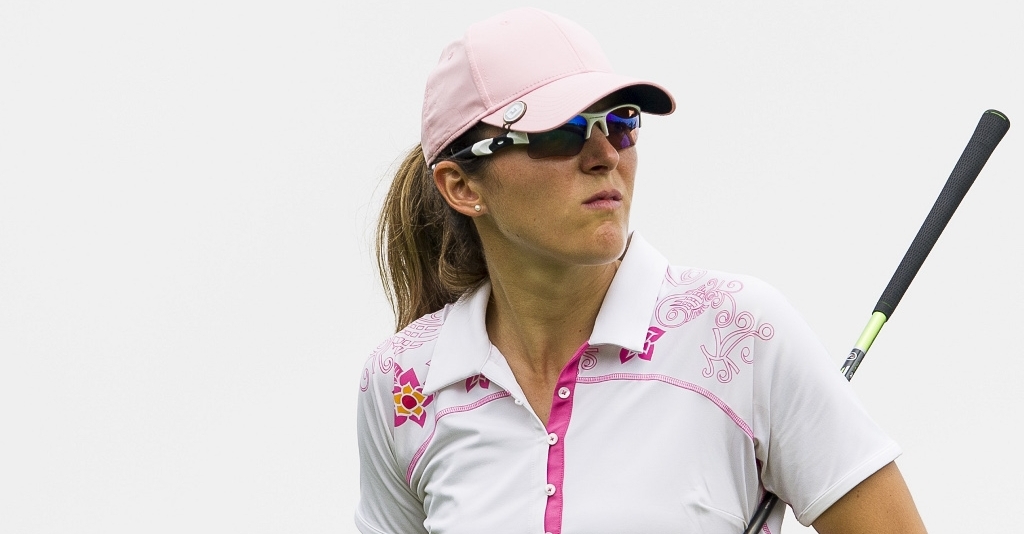 Home hope Celine Herbin of France carded four birdies in her last six holes to grab a share of the lead with Danish rookie Emily Kristine Pedersen heading into the final round of the Lacoste Ladies Open de France at Golf de Chantaco.

After three rounds played in fair weather, the pair are locked at 11 under par with a four stroke advantage over Scotland’s Pamela Pretswell and the defending champion Azahara Munoz from Spain.

Munoz is trying to become the first player to win the title three years in succession, but Herbin is equally motivated in becoming the first home winner in 11 years, since Stephanie Arricau won at Golf d’Arras in 2004.

“I’m really looking forward to playing tomorrow. It’s going to be really nice because it’s the Open de France and I am French. I will have 1000 people around me cheering for me so it’s going to give me a plus… maybe the 15th club in my bag. I really look forward to it and just want to enjoy it,” said Herbin, who is leading for the first time in four years on the Ladies European Tour.

After carding a five under par 65, she added: “Of course it’s different when you have so many people cheering but you just focus on your own game, your ball and where to send your ball.”

Pedersen, who signed for a two under par 68 containing four birdies and two bogeys, is also targeting her first professional title.

She said:  “My game has been good all week. If Celine shoots eight under or something there is not much you can do but I’ll play my best and I know my game is good enough to win. Hopefully I’ll play well.”

European Solheim Cup player Munoz, who won at Chantaco in 2013 and 2014, bogeyed the first hole but after giving herself a pep talk, fired five birdies in a 66. She said: “I’m obviously further away than I would like to be but I’ll take it. Mid round I was six or seven back so if I’m five back tomorrow anything is possible. You can have a really low one here, so hopefully it will be me tomorrow.

“You can make a big number out here or you can make a lot of birdies, it can go both ways. I told myself to be patient, there were plenty of holes left and keep doing what I’ve been doing.”

Third year LET member Pamela Pretswell is back in contention after a run of three missed cuts and explained that her putter is hot again.

“I’m driving it well and hitting my irons a lot better, good distance control which is necessary with the spin on the greens. I’ve been working on my putting the last month or so and the changes are starting to pay off,” she said.

First round leader Gwladys Nocera from France is five shots off the lead in fifth place alongside Malene Jorgensen on six under par. She said: “I didn’t make the four, five metre putts today for birdie. I hit some good shots but they didn’t drop. It’s slightly frustrating but I’m getting there and tomorrow hopefully they will drop.”

At four under par, Joanna Klatten of France and United States Solheim Cup winner Cristie Kerr are tied for 10th.