Henderson up by two at Portland Classic 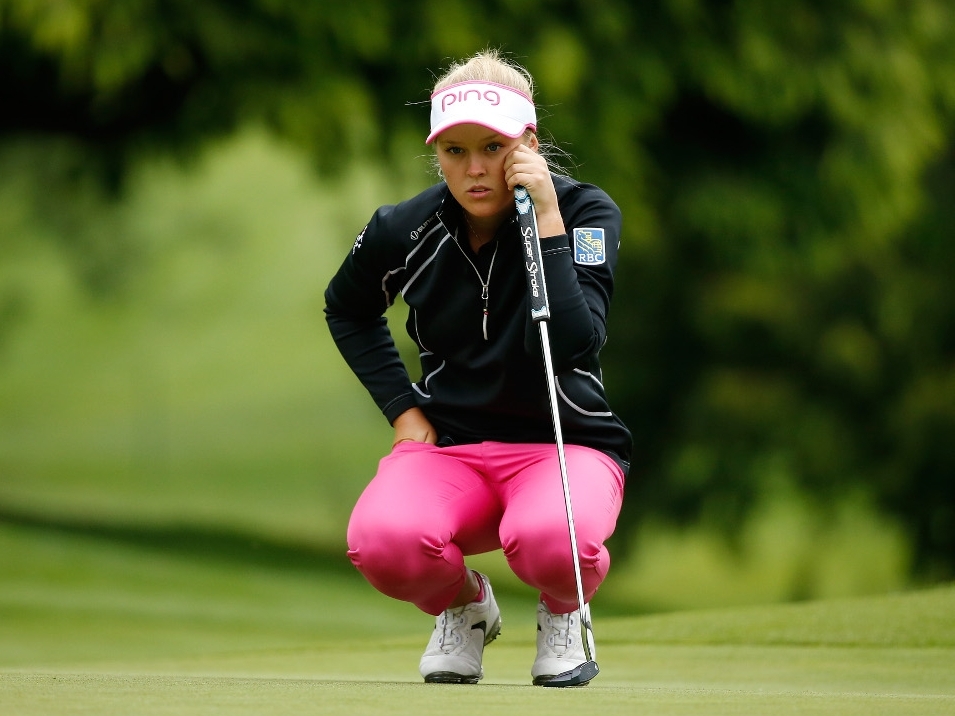 Brooke Henderson claimed a two-shot lead at the Portland Classic on Thursday after firing a seven-under-par 65 in the first round.

Angela Stanford, Demi Runas and Mariajo Uribe are all in a tie for second after carding five-under-par 67s.

Ayako Uehara, Carlota Ciganda, Jaye Marie Green and Daniela Iacobelli are in a tie for fifth on four-under.

Henderson, who is the defending champion, enjoyed a lot of success on her front nine as she made four birdies and a bogey before shifting her game to the next level on her back nine. The Canadian made a birdie and bogey on her first four holes, but then went on to record four successive birdies from the fifth to eighth to give herself some breathing space atop the leaderboard.

Stanford kicked off her campaign with a trio of birdies on the front nine before going on to make two more on the back nine to complete a bogey-free round.

Runas was in sensational form on her front nine as she made four birdies. She made another birdie at the third to start her back nine, but despite faltering with a bogey at the sixth, she atoned for her mistake with a birdie at the eighth.

Uribe registered three birdies on her front nine before proceeding to make two birdies on her back nine, which kept her within touching distance of Henderson.

Uehara and Ciganda, who hit 68s, made five birdies and a bogey during their respective rounds, while Green made six birdies and two bogeys. Iacobelli, meanwhile, recorded six birdies, two bogeys, a double bogey at the par-four first and an eagle at the par-five seventh during her turbulent round.