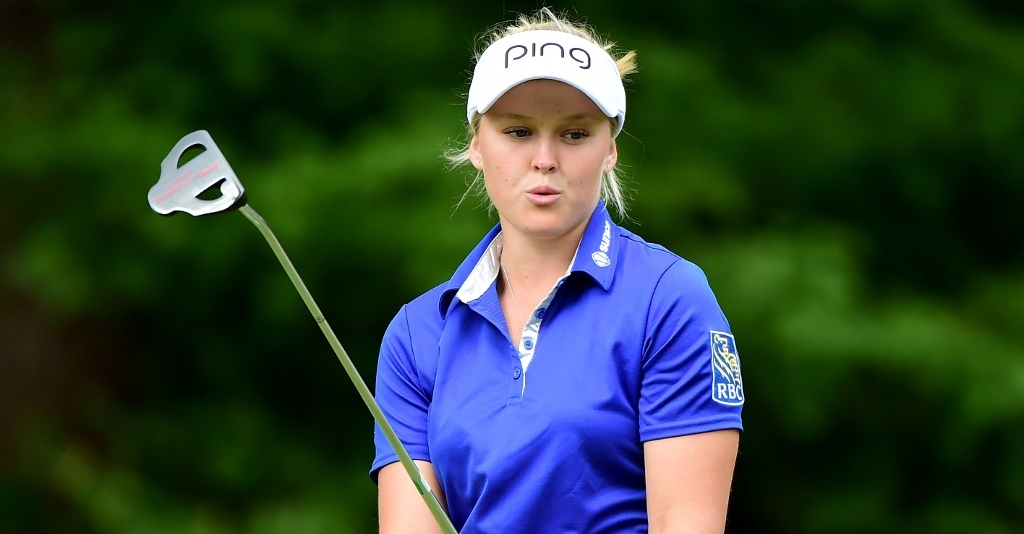 Rising LPGA star Brooke Henderson is looking forward to her debut 'Down Under' at this week's ISPS Handa Women's Australian Open.

The 18-year-old Canadian is making the first of several international trips this season.

“This is my first time here so I’m really looking forward to it,” Henderson said.

“I’m playing on the Gold Coast next week in the European tour event and then in Singapore in a few weeks in the LPGA and hopefully the Asian Swing in the Fall.

“So being able to play all over I know a couple of months ago I was looking to get the sponsors invite into Dubai, so yeah I’m just kind of playing and being well known by people everywhere.”

Henderson is new to the life of globe-spanning professional golfer, but having her sister Brittany traveling with her is making life easier.

“You know I love having her to travel with and see the world and experience all these things with her and then to also have her also on my bag with me every day is really cool,” Henderson said. “When I was a little girl I grew up watching her and wanting to be like her and now I have her support with me.  It really means a lot.”

Henderson made major waves last year, winning her first LPGA tournament on the way to being granted full LPGA Tour status way ahead of schedule.

“It’s been an amazing year, considering back a year ago I didn’t have a tour to play on, I didn’t know which events I would play in,” she said. “I was just counting on Monday qualifiers and sponsors invitations to get into events, and I was able to play well and a lot of doors opened to me and I was able to win in Portland a couple of months ago and get full LPGA Tour status. I’m really just living the dream now, travelling around the world, first time to Australia is really exciting.”