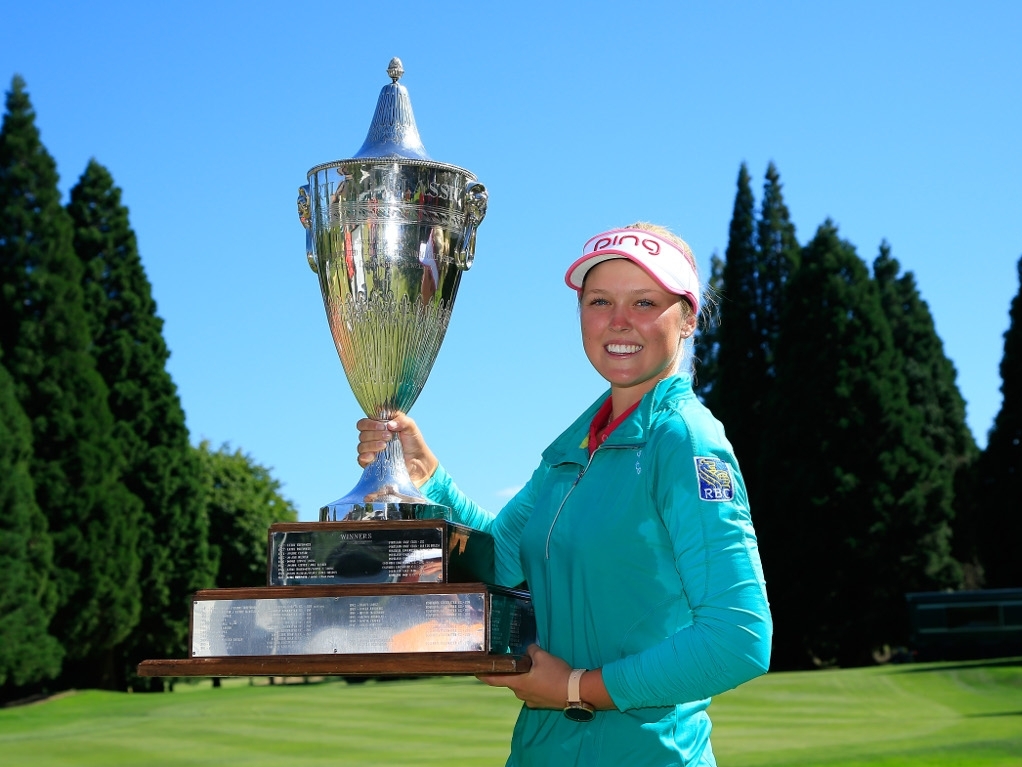 Brooke Henderson etched her name in the record books on Sunday as she became the first golfer since Annika Sorenstam to win the Portland Classic two years in a row.

Henderson carded a one-under-par 71 in her final round to move to 14-under-par, four strokes clear of the chasing pack.

In addition to matching what Sorenstam did in 2002 and 2003, Henderson became only the second golfer to register a wire-to-wire win on the LPGA this year after Ha Na Jang did so at the Coates Championship in February.

Stacy Lewis ended her campaign in second place on 10 under, while Suzann Pettersen finished in third on nine under. Austin Ernst and Mariajo Uribe ended in a tie for fourth on eight under.

Henderson made two birdies and a bogey on the front nine and despite not being able to maintain her momentum on the back nine, where she made a birdie and bogey, it proved enough to see her secure her third LPGA Tour title.

Lewis, who fired a 69, was in brilliant form on the front nine as she made three birdies. She continued to impress early on in the back nine as she registered another birdie at the 10th, but her campaign ended in more rocky fashion as she made two bogeys and a birdie on her last three holes.

Lewis is now winless in her last 53 starts, but has finished as the runner-up 11 times in that period of time.

Pettersen, meanwhile, recorded a level-par 72, which saw her begin with a trio of birdies on the front nine. The Norwegian’s fortunes took a turn for the worse after that as she made a double bogey at the par-four 11th and a bogey at the 17th to finish in third.

Ernst concluded her tournament with a 73, which consisted of two birdies and three bogeys, while Uribe made three birdies, two bogeys and two double bogeys during her round of 75.