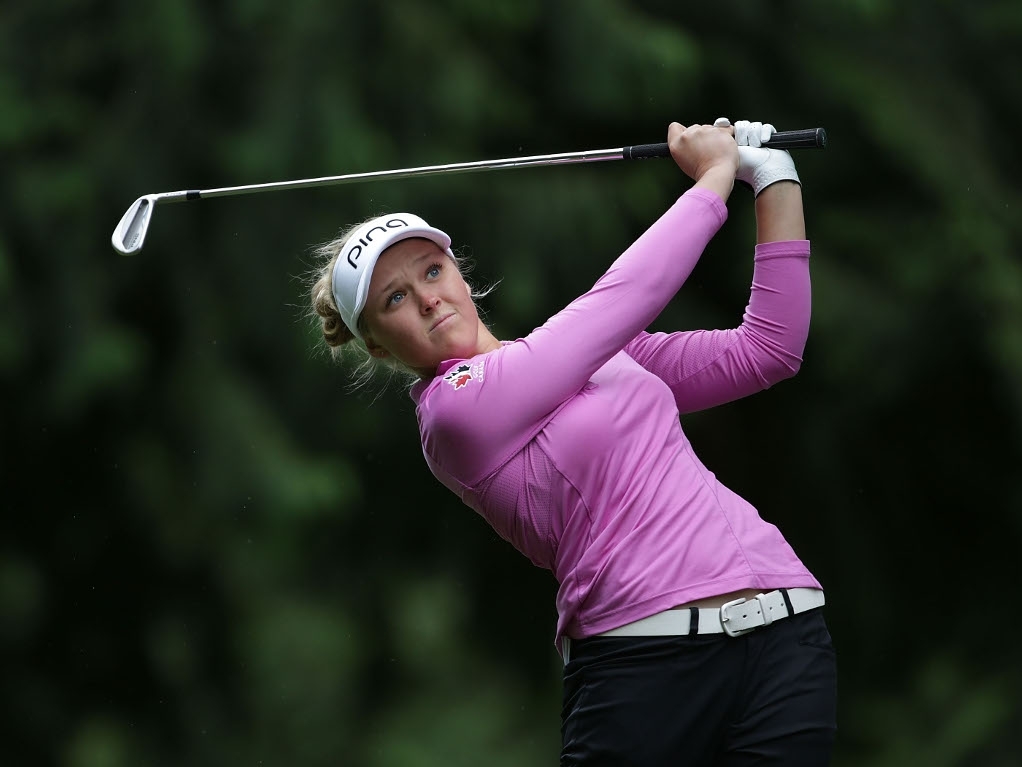 Defending champion Brooke Henderson will take a two-shot lead into the final round of the LPGA Portland Classic.

Henderson, who won her maiden major title at last month's Women's PGA Championship, moved to 13-under-par after a round of 70, two clear of Mariajo Uribe. Suzann Pettersen and Austin Ernst are in a share of third on nine under.

The 18-year-old Henderson began her day with birdies at the third, seventh, and tenth, but a double bogey at the 13th stymied her progress before she regained one lost shot with a birdie at the 16th. The Canadian is aiming to become the first back-to-back winner at the event since Annika Sorenstam in 2002 and 2003.

After beginning with a bogey at the first, Uribe notched up birdies at the fifth and seventh before she too fell foul of the 13th with a double bogey five. Like Henderson, she recovered to birdie the 16th. Should Uribe triumph on Sunday, she will become the first Colombian player since Marisa Baena in 2005 to win on the LPGA Tour.

Pettersen had begun the day in a share of the lead, but the Norwegian paid the price for inconsistency which saw her slump to a round of 74 which included four birdies and six bogeys. She is joined on nine under by Ernst who registered a bogey-free round of 69.

There was reason to cheer for Cheyenne Woods (T6), Brianna Do (T9), and Kelly Shon (T16), who secured the last remaining places in the line-up for next week's U.S Open on the back of their 54-hole performances at the Edgewater Country Club.