Henderson in charge after round one 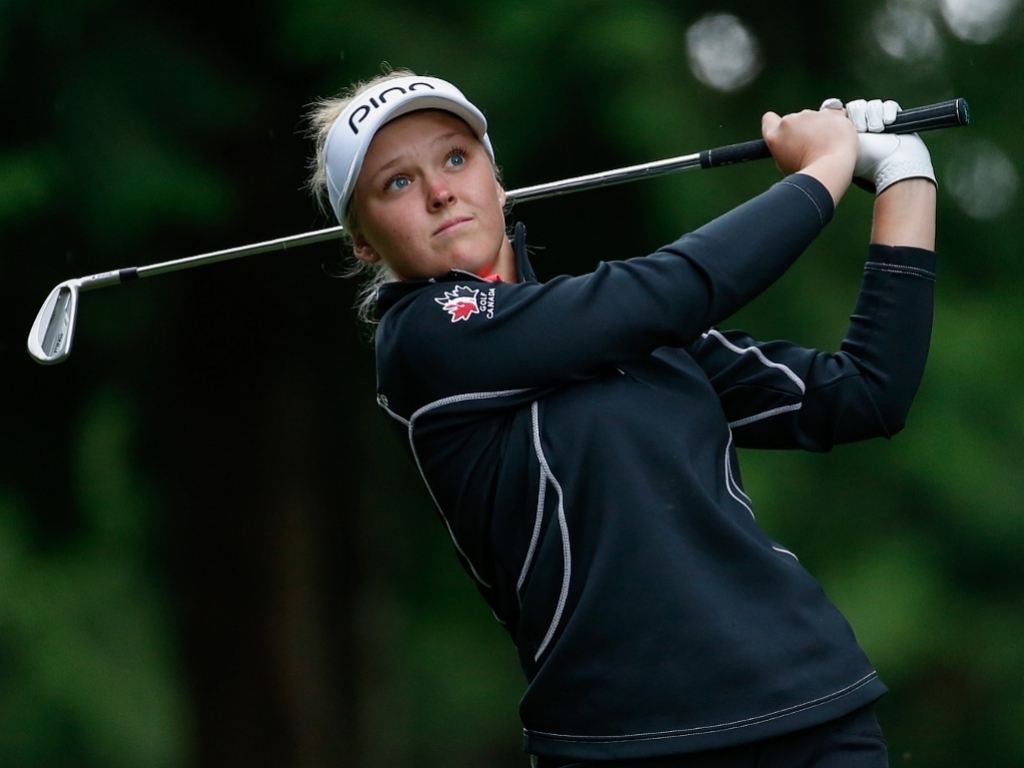 Brooke Henderson has a one-shot lead after the opening round of the Meijer LPGA Classic on Thursday.

The American was superb around Blythefield Country Club, firing a flawless eight-under 63 for a one-shot lead over five players on seven under.

Starting on the back nine, Henderson was three under after the first four holes before roling in other gain on the par four 17th. A couple birdies on the front nine would sandwhich a brilliant eagle on the par five eighth.

“I felt great right from the start,” said the Women’s PGA Championship winner after the round.

“I felt like today was going to be a really good day. Got off to two birdies on 10 and 11, my first two holes. Then it was pretty steady.

“It’s beautiful here, I feel like this course suits my game really well. There’s a couple tee shots where you need to hit it really straight, which I think is kind of my advantage or my strength. And like I said, once the putts start dropping, then really good things can happen.”

Included in the chasing pack on seven under are superstars Lexi Thompson and Shanshan Feng, while world number two Lydia Ko opened with a 65 to sit two behind Henderson.