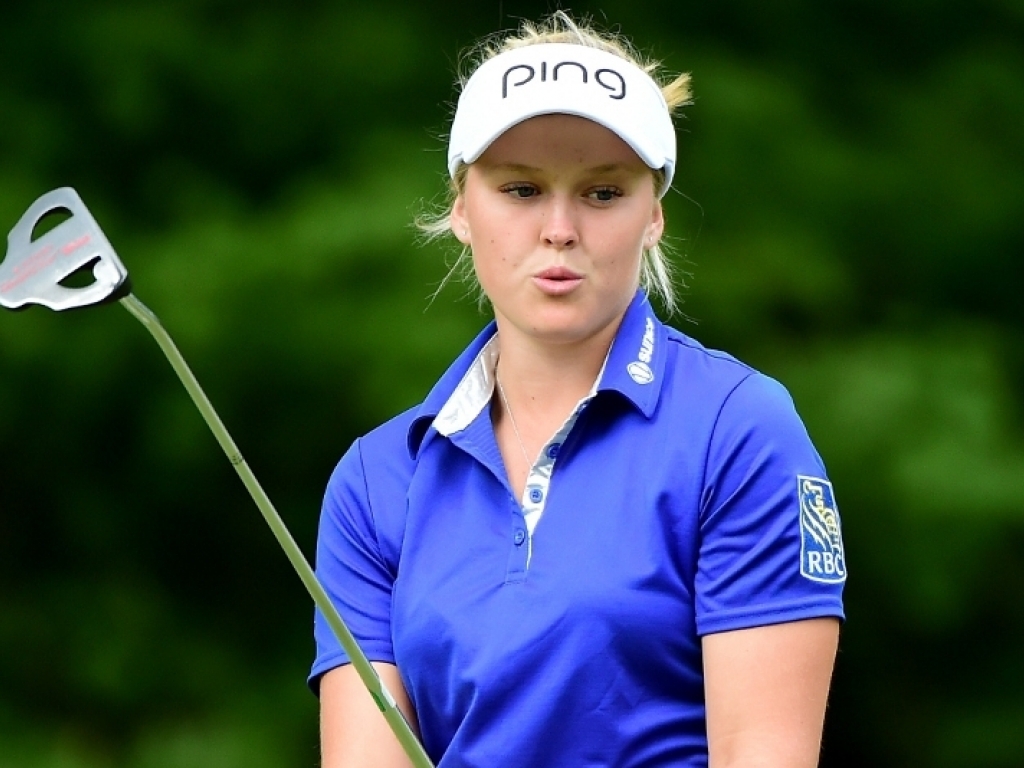 Brooke Henderson will have a two shot lead going into the third round of the Meijer LPGA Classic on Saturday.

The American enjoyed another consistent round around Blythefield Country Club, signing for a four under 67 to put her on 12 under for the tournament, two ahead of the chasing trio of Carlota Ciganda, Mi Jung Hur and Lexi Thompson.

Henderson's three bogeys were cancelled out by seven birdies which included a run of four in the row at the turn then on the back nine.

However, the round of the day belonged to Ciganda. The Spaniard surged up the leaderboard with an eagle on the fifth and five more birdies, including a gain on the last to card a seven under 6.

Moriya Jutanugarn also enjoyed a solid four under 67 to move her to into solo fifth position, three shots off the lead.

"It was great…I've been playing solid," the lesser-known Jutanugarn said after her round.

"I rolled the ball good on the green, which is, you know, everything seems to be good."