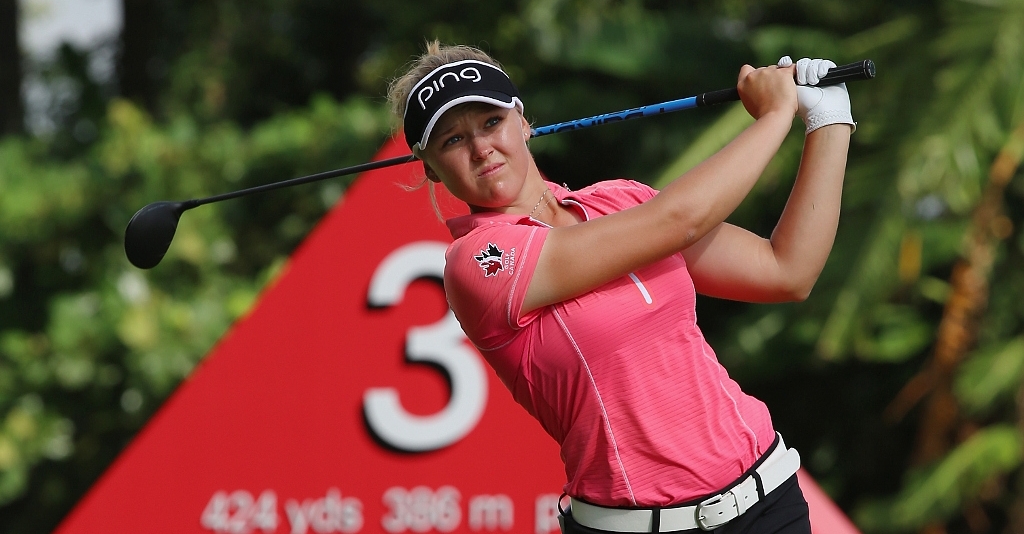 Brooke Henderson  has entered the top ten of the Women’s Rolex Rankings for the first time in her career.

This achievement comes as a result of the 18-year-old starting 2016 with four top-10 finishes in five events. Three of those were on the LPGA Tour and one was on the Ladies European Tour.

Recently announced Canadian Golf Hall of Fame inductee Lorie Kane is adamant that Henderson will build on her only victory on the LPGA Tour which came at the Cambia Portland Classic in August of 2015.

"I just spent some time with her [Henderson] in Australia, and there will be another win coming soon, I don't doubt it," Kane told reporters during her Hall-of-Fame announcement conference call.

Henderson is in Phoenix this week where she will compete for the JTBC Founders Cup.

As for the rest of the updated Rolex Women’s World Golf Rankings top ten, the list can be seen below: