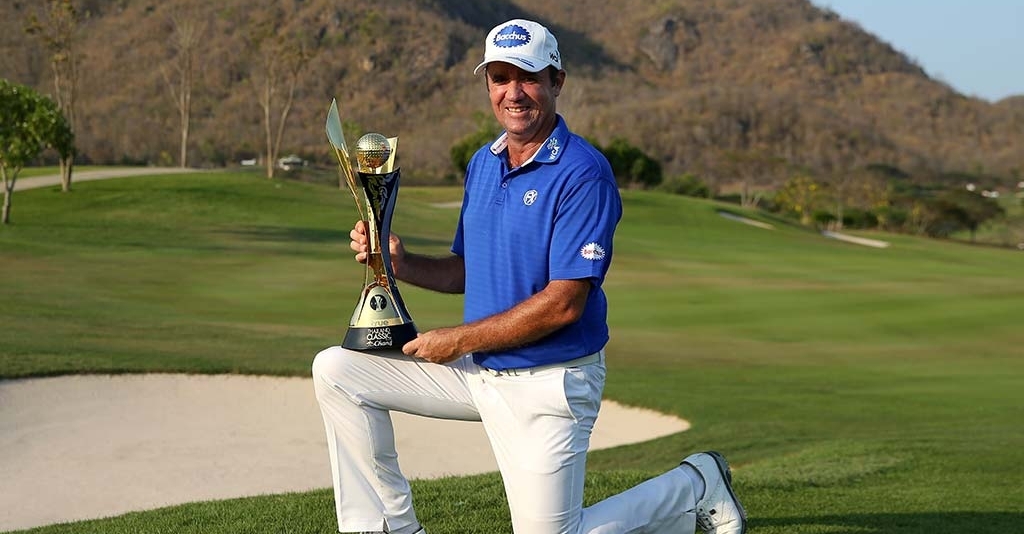 Australia's Scott Hend carded a final round 68 for an 18-under-par total of 270 to win the Thailand Open by one stroke over hometown favourite Piya Swangarunporn on Sunday.

The 43-year-old Hend had to hold off a brilliant round by world number 798 Swangarunporn, who shot a course-record 63, to win the title.

Swangarunporn started his final round six shots off the lead but with six birdies and an eagle over the first 14 holes and another birdie on the 18th he finished the clubhouse leader with Hend still out on the course.

Hend's round consisted of five birdies, second, fourth, 10th, 14th and 17th holes with his only dropped shot coming on the par-four, 12th.

The bogey on the 12th dropped the Australian into a share of the lead with Swangarunporn, who was seven holes ahead. The Thai golfer went ahead on the 18th to lead on his own after sinking another birdie.

Hend made a birdie putt on the 14th for a share of the lead before getting down in two putts on the 17th hole, leaving him needing to three-putt the 18th for par to win his second European Tour title which he did.

Thomas Pieters of Belgium finished third on 273 after a final round of 68 to finish at 15-under-par.

American Peter Uihlein was next a shot back after firing a 70 and was followed by Pelle Edberg of Sweden at 13-under, one ahead of Dutchman Joost Luiten and three ahead of Benjamin Hebert, Jeev Milkha Singh and Simon Yates.