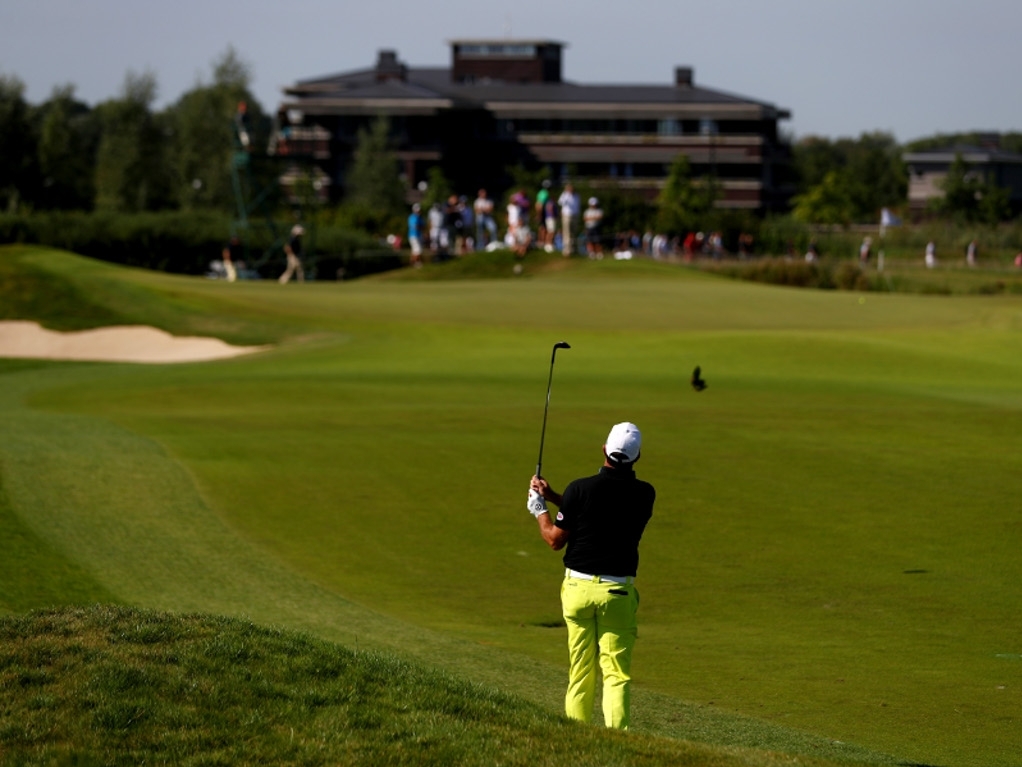 Scott Hend leads the KLM Open in the Netherlands by one stroke following the completion of the third round on Saturday.

The Australian enjoyed a fast finish to card a seven under 64 to move to the top of the leaderboard on 14 under in Spijk.

After opening with a bogey on the second hole, Hend quickly made amends with birdies on the third, fifth sixth and eighth to propel himself up the leaderboard.

But it was the final five holes where he made his move, with two birdies and an eagle on the par five 15th capping off a brilliant round in the Dutch sunshine.

"The swing felt a little bit off out there today but I managed to hang in there and just stay patient and then I started hitting some really nice shots and that presented me with the opportunity to make some putts," the 43-year-old told europeantour.com.

"It was just all about hanging in there today, I wasn't really on top of it but I got the most out of it that I could."

Nino Bertasio looked like he could be in with a shout for the lead on Sunday after three gains on the back nine, but his fifth shot from the bunker on the 18th would run far past the hole then his return bogey putt lipped out, leading to a seven and a four under 67.

The Italian is 13 under for the event and alone in second place.

Meanwhile, South Africa's Branden Stone got the lowest round of the day, a scintillating eight under 63 to move him to ten under par and tied for seventh place.

A host of players are locked on 11 under, including Joost Luiten – the 2013 champion – and Richard Bland.