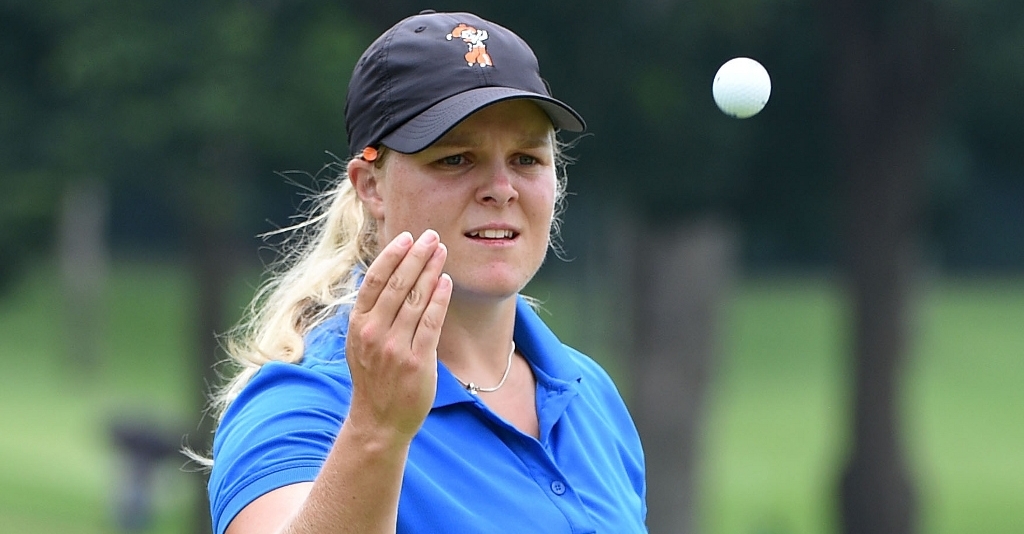 Caroline Hedwall is one of four wildcard selections for the Solheim Cup confirmed by Europe's captain Carin Koch.

Sweden's Hedwall did not automatically qualify due to a lacklustre season, but was picked based on her pedigree as a former Ladies European Tour Player of the Year.

Hedwall also has a superb record in the Solheim Cup. She was part of winning teams in 2011 and 2013 and became the first player in history to win all five points from as many matches two years ago.

"I'm just really excited about it. After my last two tournaments I wasn't expecting anything and when Carin called I was really happy because I love the Solheim Cup and I'm really pumped to get to Germany and play," she said.

"I love that team and I'm really excited to get back to Europe. When I played in the Ladies European Tour event in Germany the crowds were really good and comparable with those in Sweden."

The other three wildcard picks are Frenchwoman Karine Icher, Germany's Caroline Masson and Catriona Matthew of Scotland, who will make her eighth appearance in the event.

"I've been lucky enough to play in a few Solheim Cups and it's the highlight," Matthew told Sky Sports News HQ.

"I played in my first Solheim Cup in 1998 and you thought it was huge then, but it's just got bigger and bigger as the years have gone on.

"And with us winning in Colorado, the first time we've won in the States, I think it's bigger than ever this year."

"We've got a great mixture of youth and experience which really excites me as captain," Koch said.

"Each of our players has a role to play and I have a team of stars."

The Solheim Cup between Europe and the United States, the women's equivalent of the Ryder Cup, takes place from September 18-20 at the Leon-Rot club near Heidelberg, Germany.