‘He has his opinion, I have mine’ – Tiger Woods on Phil Mickelson controversy 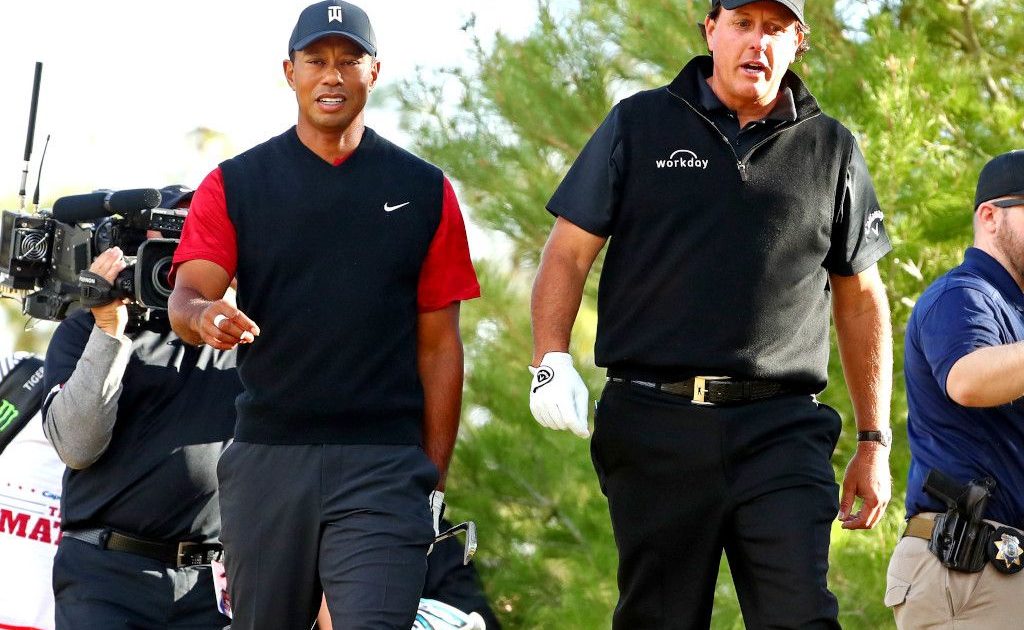 Tiger Woods has outlined the extent of his differences with Phil Mickelson over the “polarising” Saudi-backed events.

Mickelson will not defend his US PGA Championship title this week and has not played since February’s Saudi International, days before his explosive comments about the PGA Tour and the potential breakaway circuit were made public.

In an interview with the author of a new biography, Mickelson said he was using the threat of a breakaway to “reshape” how the PGA Tour operates, while also accusing them of “obnoxious greed” and acting like a “dictatorship”.

“It’s always disappointing when the defending champion is not here,” Woods said at Southern Hills, where he won the 13th of his 15 major titles the last time the course staged the US PGA in 2007.

“Phil has said some things that I think a lot of us who are committed to the tour and committed to the legacy of the tour have pushed back against, and he’s taken some personal time, and we all understand that.

“I think that some of his views on how the tour could be run, should be run, (there has) been a lot of disagreement there.

“As a professional, we miss him being out here. He’s a big draw for the game of golf. He’s just taking his time and we all wish him the best when he comes back.

“Obviously we’re going to have difference of opinions, how he sees the tour and we’ll go from there.”

Woods has pledged his loyalty to the PGA Tour, but Mickelson, Lee Westwood and Sergio Garcia are among those to have requested releases to play the first LIV Golf event next month, releases which were turned down by the Tour.

“What we are seeing right now in society, it’s very bipolar,” Woods added. “There’s really no middle ground, you stand one way or the other. It’s very polarising.

“And the viewpoints that Phil has made with the tour and what the tour has meant to all of us has been polarising as well.

“I understand different viewpoints, but I believe in legacies. I believe in major championships. I believe in big events, comparisons to historical figures of the past. There’s plenty of money out here.

“The tour is growing. But it’s just like any other sport. You have to go out there and earn it. It’s just not guaranteed (money) up front.”

Three days after Mickelson’s comments were made public, Dustin Johnson and Bryson DeChambeau joined the likes of Woods, Rory McIlroy, Jon Rahm and Collin Morikawa in pledging their loyalty to the PGA Tour, prompting McIlroy to label the breakaway “dead in the water”.

“Yeah, I might have been a little presumptuous at that point,” McIlroy said with a smile on Tuesday.

“Honestly it’s going to shape the future of professional golf one way or another, so I think we’re just going to have to see how it all shakes out.”

LIV Golf CEO Greg Norman has pledged to “defend, reimburse and represent” any players sanctioned if they play LIV events despite being turned down for releases, with injunctions prepared in the event of suspensions or bans.

“Honestly I’m rooting for it all to be over,” McIlroy admitted. “I’m just so sick of talking about it.

Mickelson’s victory at Kiawah Island last year shortly before his 51st birthday made him the oldest major champion in history.

Asked about his absence this week, McIlroy said: “(It’s) unfortunate, sad. This should be a celebration, right? He won a major championship at 50 years old. It was possibly his last big, big moment in the game of golf.

“I think he should be here this week and celebrating a monumental achievement.”