Hatton to the fore after stunning 62 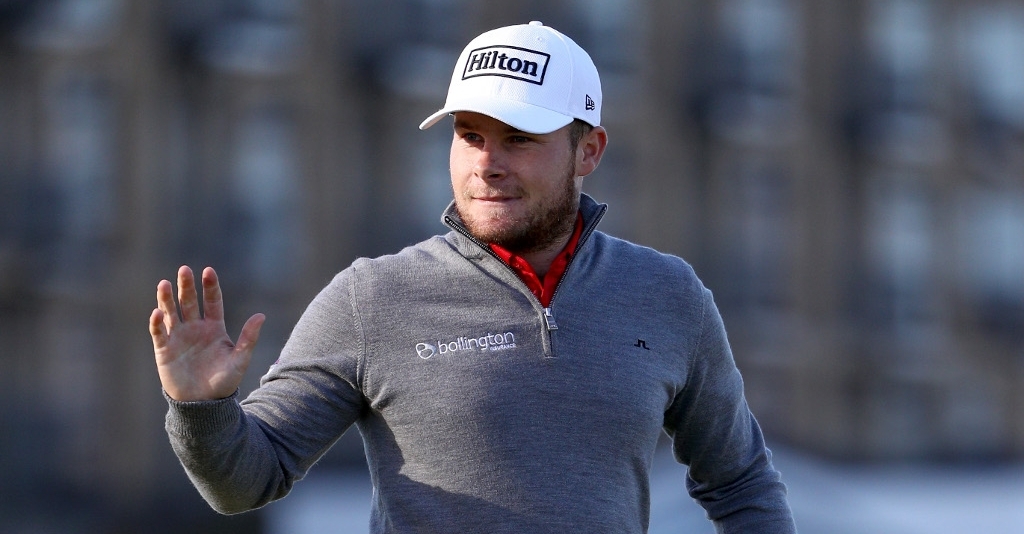 Englishman Tyrrell Hatton shot a course-record equalling 62 at St Andrews to open up a three-shot lead in the Dunhill Links Championship.

The 24-year-old fired an incredible 10 birdies in a bogey-free round at the Old Course – one of three courses being used for this week's European Tour event – to rocket up the leaderboard and into top spot.

Halfway leader Ross Fisher continued his solid play with a three-under-par 69 at difficult Carnoustie, but had to settle for second place three shots adrift after Hatton's heroics.

Lying in second place are Swede Joakim Lagergren, who shot a 69 at St Andrews, and South African Richard Sterne, who carded a 65, also at the Old Course.

German duo Martin Kaymer and Florian Fritsch also shot a pair of 65s – Fritch at Carnoustie and Kaymer at St Andrews – to lie on 12 under in a tie for fifth.

The day belonged to Hatton, however, who has given himself an excellent chance to pick up his maiden European Tour victory come Sunday.

He was understandably delighted by his historic round.

"It's quite clearly the best round I've ever had. I've never actually got to double digits before, either, so very pleased with that," he said.

"I putted really well again today. That was the big thing. Just kept momentum going with holing some good birdie putts and holed a couple of good par putts as well. That kept things going and I'm really happy with that finish.

"Obviously I'd love to get a win. I'll try my best tomorrow. It's been a really consistent year and it would be nice to have a good finish to the year."

The last day's play sees the whole field together for the first time for the final round at St Andrews.