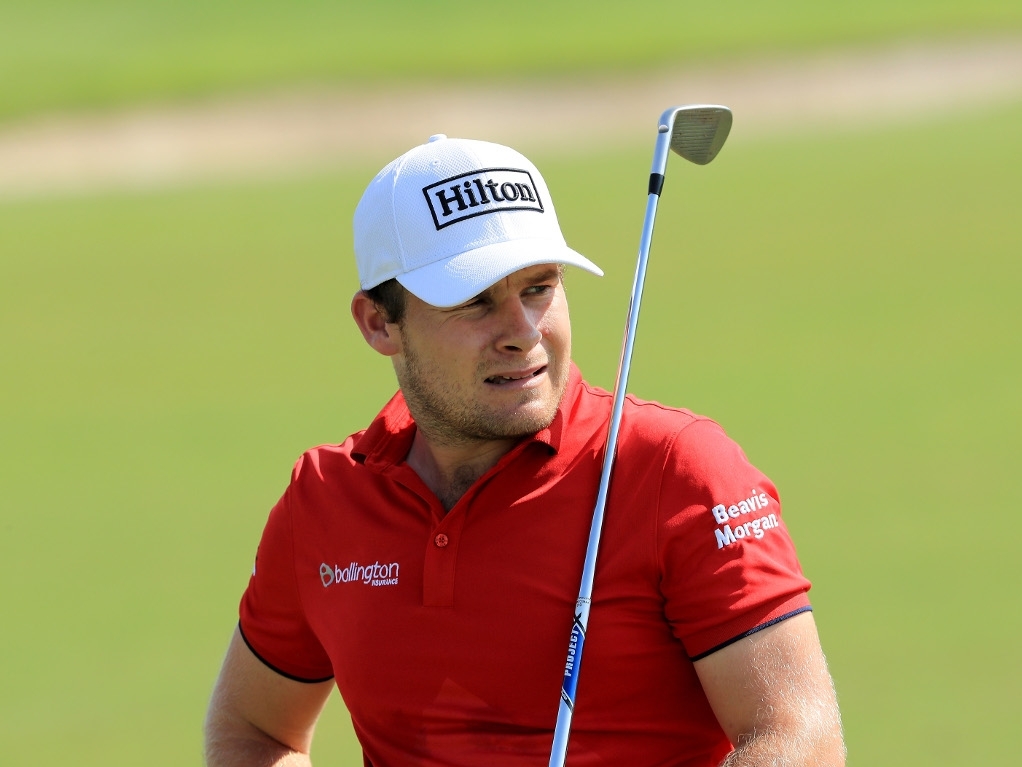 Tyrrell Hatton will take a one stroke lead into the final round of the Abu Dhabi HSBC Championship on Sunday.

The Englishman carded a second consecutive four under 68 on Saturday to leave himself on 13 under for the tournament, one stroke ahead of five chasers.

Hatton had a slow start on Saturday and was even par when he stepped on to the 11th tee, but four birdies saw him slowly climb the leaderboard.

The world number 23 is under no illusions about the challenge that awaits him on Sunday.

"The big names are up there so I've just got to focus on my game and try and play as well as I can," said Hatton,

"I love this place. It's one of my favourite events of the year so hopefully I can go out there tomorrow and have a good day.

"I had a little bit of a slow start. Struggled a little bit on the greens today, just not quite starting the ball on the lines I wanted to. But I holed a couple of good putts in the end on the back nine and hopefully that will give me some momentum going into tomorrow.

"It's little bit of a surprise to see where I'm at this week but very happy with one round to go. I didn't do a whole lot of practice. I spent most of my time playing Xbox and chilling out at home."

Johnson would card the round of the day, with six birdies and an eagle on the par five eighth helping him to a sizzling eight under 64.

Further down the leaderboard are South Korean's Jeung Hun Wang and Byeong Hun An, as well as Bernd Wiesberger all locked on 11 under.