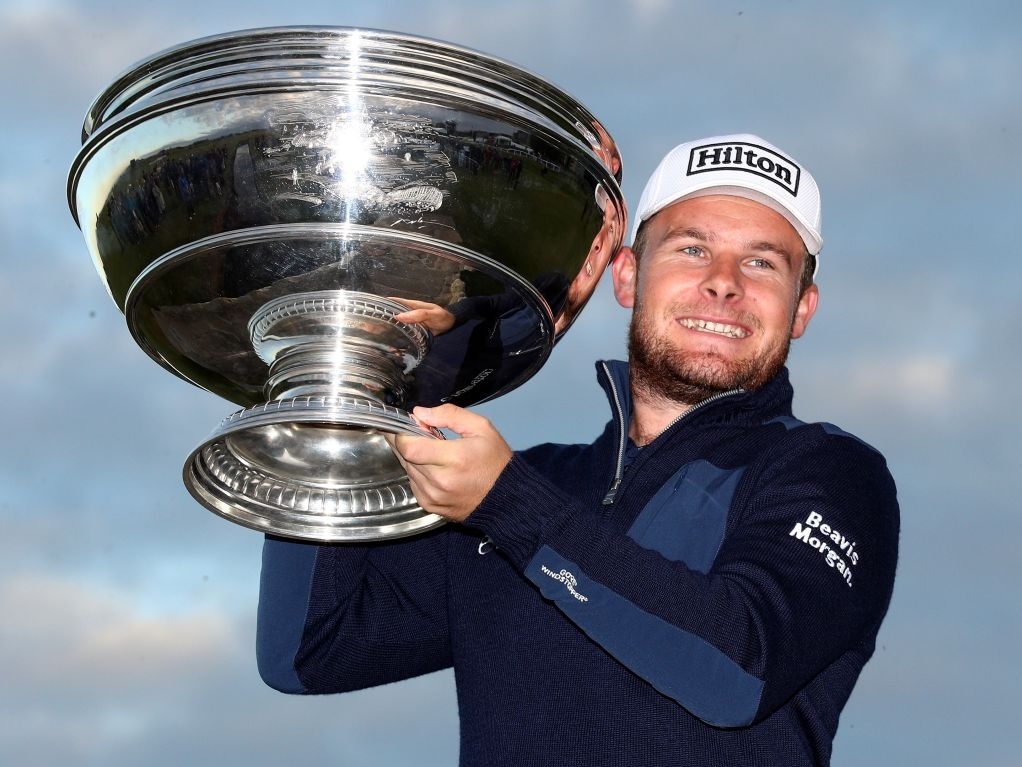 Hatton equalled the course record at St. Andrews with a 62 on Saturday and came into Sunday with a three-shot lead over the rest of the pack.

The Englishman finished the week on 23 under par having shot just one bogey and seven birdies on the final day of play in Scotland.

Ross Fisher (67) and Richard Sterne (66) finished joint second, four shots back from the winner, with Joakim Lagergren (68) a further two shots back on 17 under.

Hatton is expected to pick up by far the biggest check of his playing career with a prize of around $800,000 awaiting him.

Hatton had a relatively stress-free day after he got off to a great start, making four birdies during the first nine holes.

He backed it up with three more birdies on the back nine at 12, 14 and 15, before a bogey on the 17th had little consequence as he cruised to victory.

Sterne, meanwhile, made gains at the fourth, sixth and ninth before birdies on 11th, 14th and 17th saw him close Sunday’s session on 66.

Fisher, whose highlight of the day was a wonderful 20-foot birdie putt at the sixth, started Sunday three shots behind Hatton but despite reaching the turn on 34 he never looked like troubling the leader.

His birdie on the last meant he joined South Africa’s Sterne on 19 under to tie for second place.