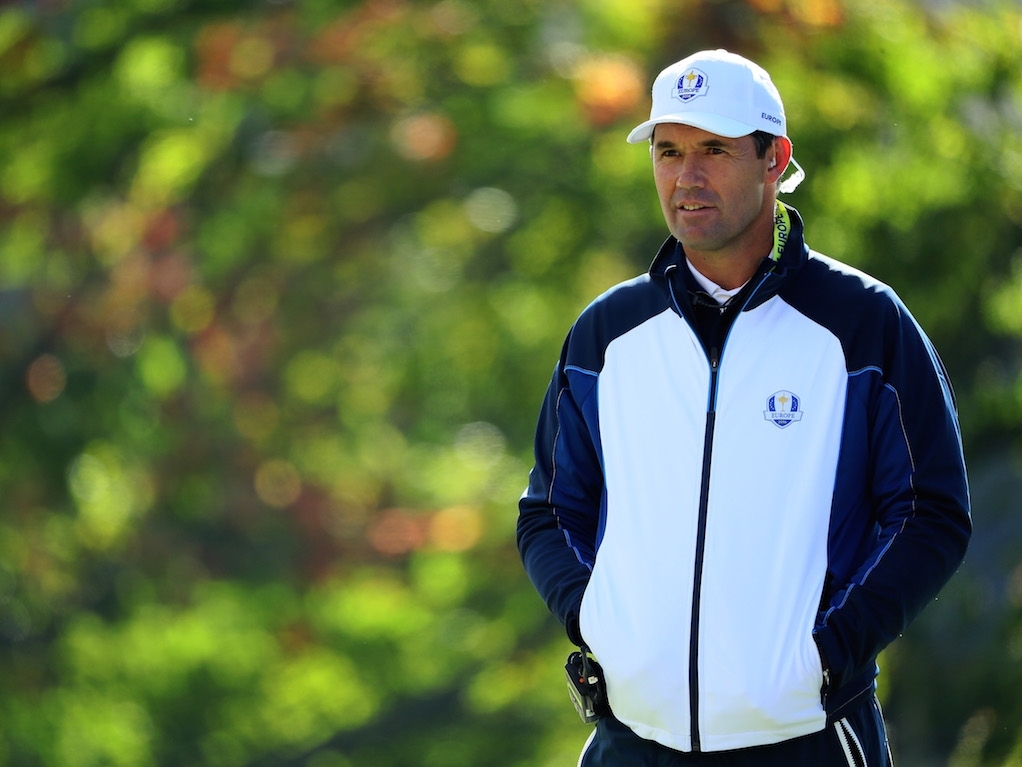 After winning the Portugal Masters last week, Padraig Harrington has set his sights on playing in the Ryder Cup in 2018 rather than captaining the European side.

Harrington was a vice-captain to Darren Clarke at this year’s Ryder Cup at Hazeltine. In the immediate aftermath of the 17-11 defeat to the US, he stated he wanted to play at Le Golf National in Paris in 2018 rather than serve as a captain or a vice-captain.

On Sunday in Portugal, Harrington chalked up his first European Tour victory since 2008 and took the opportunity to reaffirm his intentions to be a Ryder Cup player once again.

"With the Ryder Cup, Paul McGinley kind of changed the parameters,” Harrington explained.

“It took three-and-a-half years out of his life. It certainly took two years out of Darren Clarke's playing career.

“I want to be a player. If I go for the captaincy nobody is going to give me back the 45th and 46th years in terms of my playing career.

"It's a huge sacrifice and as much as I would love to be Ryder Cup captain, selfishly I want to be a golfer. I want to compete and win tournaments so I'm going to push it down the road.

"Hopefully I will get an opportunity [to be captain] down the road.

“At the moment I am focused on playing. Whether it's a reality or not or whether it's a possibility, in my head I am going to make the Ryder Cup team in 2018."

At 51 years and 20 days old, Raymond Floyd is the oldest Ryder Cup competitor ever. Floyd was a captain's selection in 1993. Harrington will be 47 when the 2018 Ryder Cup comes around and so in that sense, his goal is far from impossible.

With Harrington all but out of the equation to lead the Europeans in 2018, Denmark's Thomas Bjorn is now the favourite to be appointed captain by a panel consisting of Clarke, Paul McGinley, Jose Maria Olazabal, Keith Pelley and Henrik Stenson.

A decision is expected later this year or in early 2017.