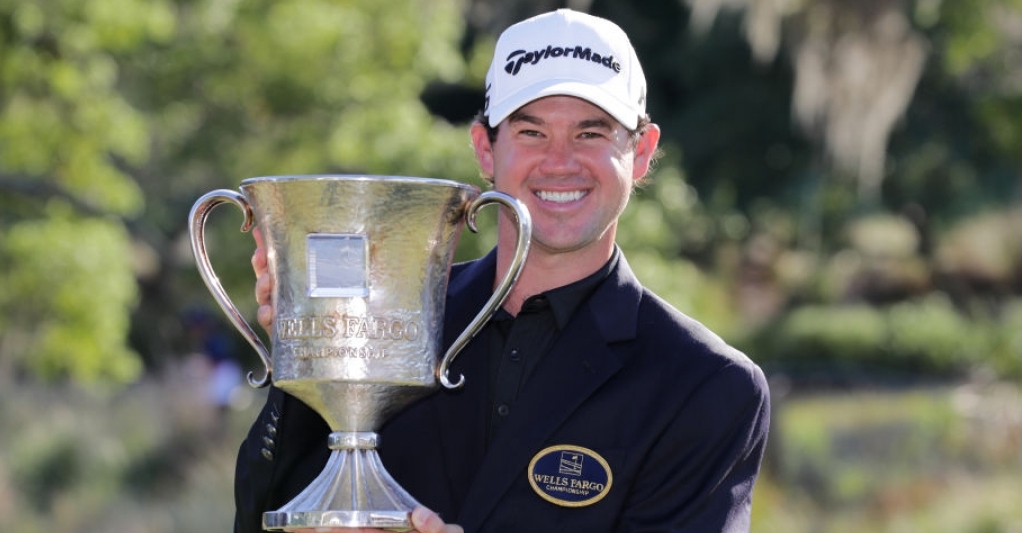 With Pat Perez and Johnson in the clubhouse at nine-under par, Harman held his nerve on the final green to hole a 28-foot putt for his victory since the since the 2014 John Deere Classic.

Harman shot a final-round four-under 68, with birdies on the fifth, ninth, 12th and 14th, but looked to have blown it when a three-putt bogey at 15 left him one shot off the lead.

A birdie at 17 put Harman in back in contention only for him to fluff his chip shot on the par-five 18th and leave it well short of the hole – and seemingly heading for a three-way playoff.

But, he holed the putt to take the lead and then celebrated the win after Jon Rahm missed with his eagle attempt.

Harman’s win ended a run of three straight wins for US Open champion Johnson, who was appearing in his first tournament back since he withdrew from the Masters on the eve of the tournament with a back industry.

After barely making the cut on Friday, Johnson shot two rounds of 67 to put himself in contention.